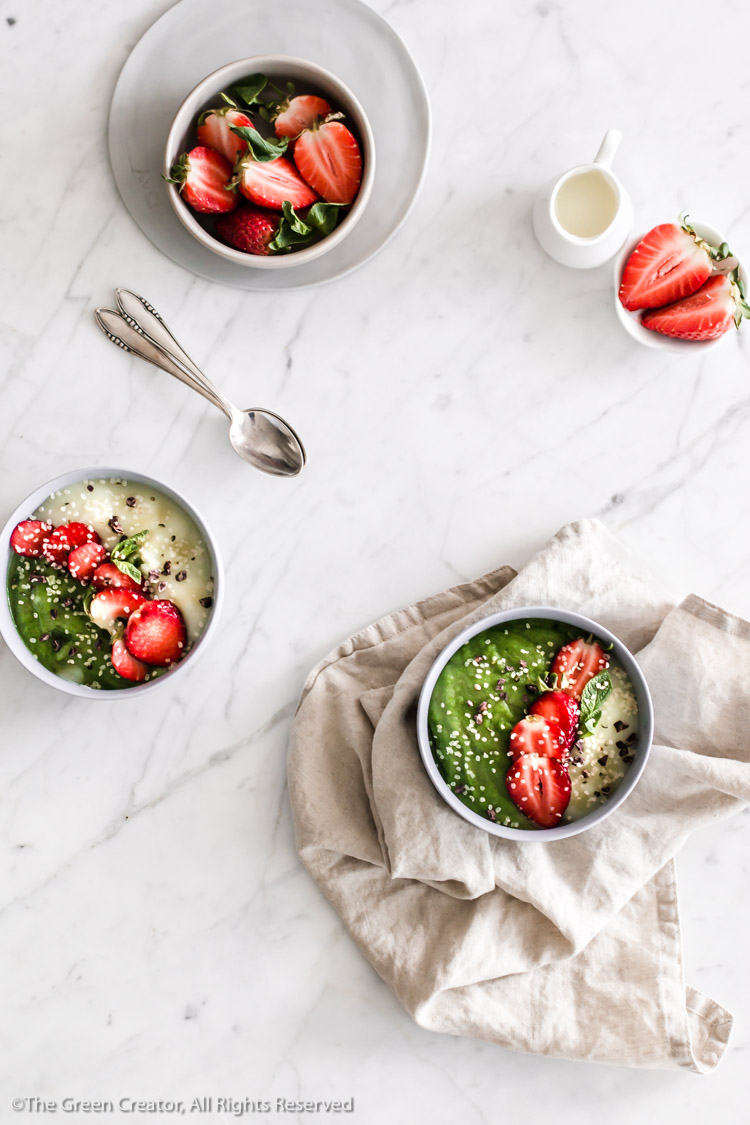 What is composition?
Composition is how all the elements that are used form the final product. With a good composition in mind you’re guiding the viewer’s eye towards the most important subject of your photo. The most boring looking recipe can become a superb photo because of great composition. The opposite is also true: awful composition can make an amazing recipe look boring.

When it comes to composition a part can come naturally, from your sense of style and practice. There are however a few basic rules for composition within (food) photography. This doesn’t mean you always need to follow these rules. I believe all rules in any creative field only serve as a guide.

The first rule is the Rule of Thirds where a picture is divided in nine parts and that (the most) important compositional element(s) should be placed along these lines or their intersections. Aligning the main subject/hero of your photo with these points creates a photo with more energy that is more interesting  and catchier than when the subject is placed in the middle of the photo.  So even though the focal point is usually in the middle, this doesn’t mean that a photo with the subject right in the middle equals a great and interesting photo. In below example I decided to focus the smoothie (the hero) in 2/3 of the image along the lines hitting two intersections. 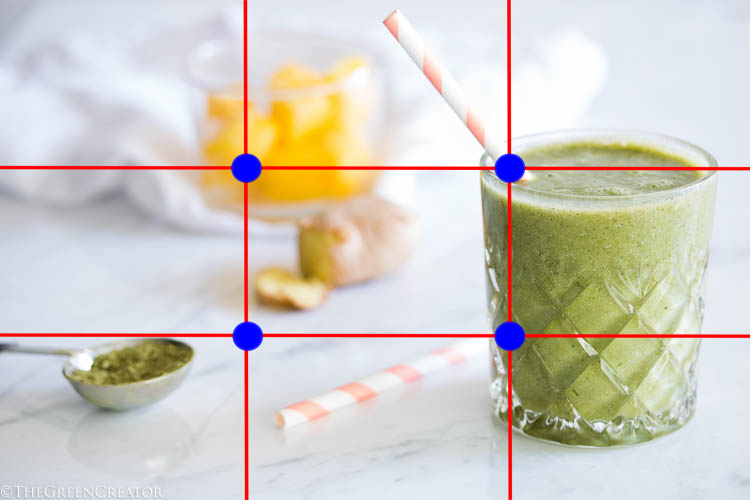 Rules are there to be broken. Not following the Rule of Thirds doesn’t mean a photo is ”wrong”. There are always exceptions to this general rule such as in the photo below. I wanted to make the salad the main focus of the photo without any ”distractions” and minimal styling. Although I like these type of photos, it’s harder to tell a story with this approach. 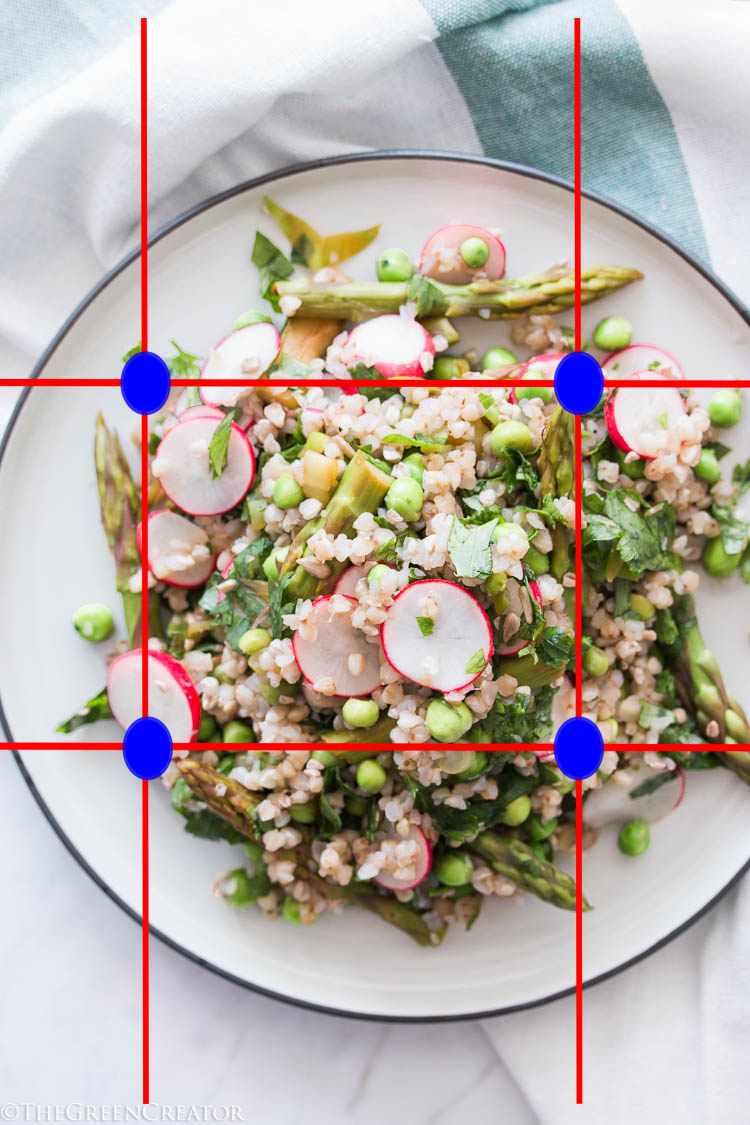 I think the Rule of Thirds is one of the most popular rules for composition, but that doesn’t mean you always have to follow this rule. There are other rules that are worth discovering, such as the Golden Ratio. No matter which approach you apply try to keep the following in mind:

Make sure the subject of your photo covers (maximum) 75% of the photo/frame. And make sure that the 75% is not only in the center of the frame.

Did you know that numbers play a big role in composition? In food styling and food photography it is said that odd numbers often create a better composition. So three (cups/plates) generally make a better composition /photo than two. Of course, this is a guide line and not a must and I have shot some great photos with 2 or 4 subjects. But I have to admit that odd numbers often make a better composition /photo. You may have heard of: ”the worst picture is the picture never taken”. Well, this applies here too. If you only have two matching plates or you made only two desserts, then don’t feel insecure when styling the set. If your composition is good, you’ll sometimes notice that it doesn’t have to be disturbing when there are an even number of plates or desserts. You might not even notice it. An example is the below picture which is a Valentines pudding recipe. The fact that there are only two puddings might actually be the ”rule of composition” for the romantic idea behind that photo. 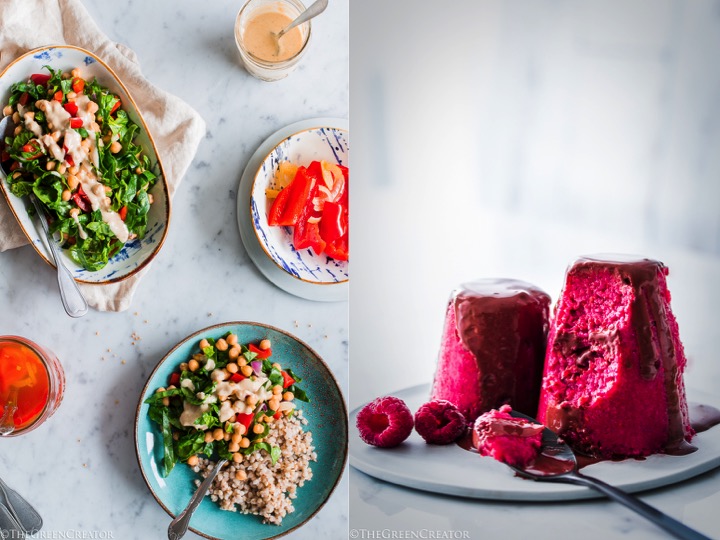 When shooting a picture I always try to keep the lines of the picture in mind. Just like in for example landscape- or architectural photography these have a big impact. When I’m styling food I’m trying to see the photo in diagonals and think of the lines in the photo. Straight lines such as in the second photo below can make a photo look a bit stagnant. It interferes with the flow in a photo. Slanting lines on the contrary will let the viewers eyes walk through the image in a more natural way (such as in the first photo below).

In the second photo, you’ll notice that your eyes will look no further than the main bowl. In the first picture the plate is a bit tilted, which makes it more pleasant to look at. You also take away the feeling of a stagnant placed vertical plate because you created a softer flow. Your eyes are guided through the picture in a natural way.

TIP: you can create drama in a photo with diagonal movement. Compose your scene so that dishes and props seem to be cascading down the frame. 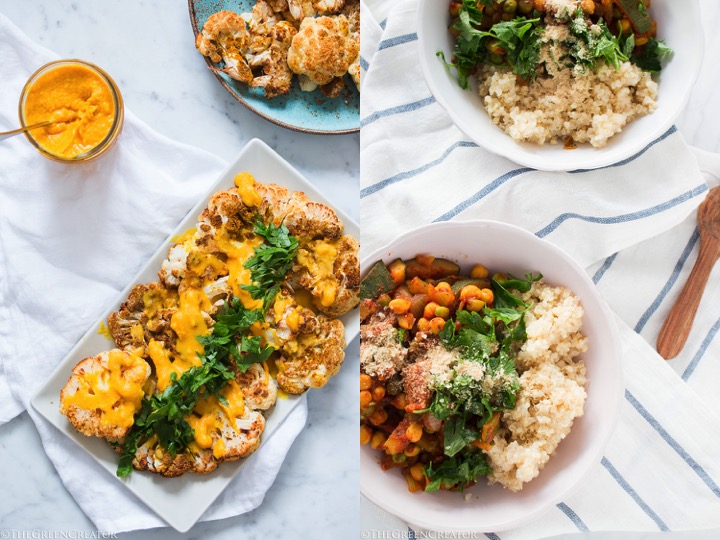 Unless you’re going for a close-up, I personally think a food photo doesn’t get any better by shooting it too close to the food. A photo is much more realistic, pleasant to look at and tells more of a story if I back up a bit and create some negative space in a picture. I love the dramatic look that I can create by having negative space around the main subject. 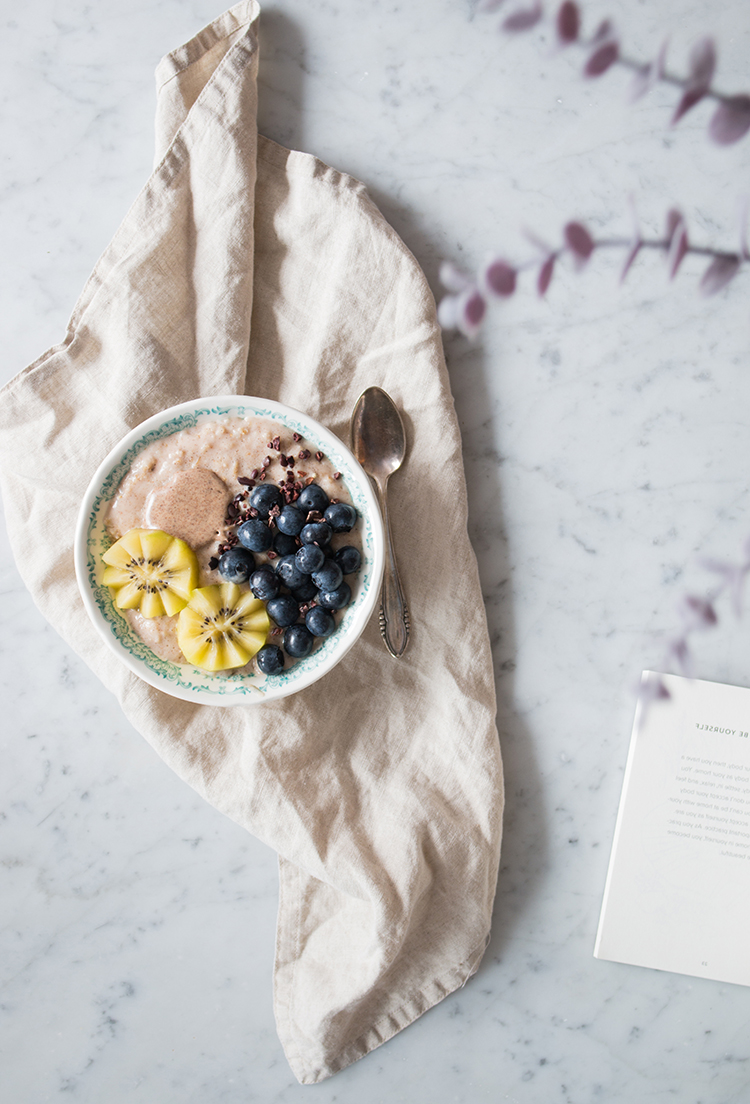 The above composition tips are guidelines that you can keep in mind as they might help you shoot a better picture. Don’t be afraid to play around with different compositions. What I almost always try to achieve is to tell a story with a photo, because I personally think that the most compelling food photos have a story to tell. This can be a gorgeous styled table where you can almost see the guests arriving and enjoying the food, but it can also be a close-up of a delicious cookie that instantly makes you hungry. The storytelling aspect is where composition comes in though. Do you always need to tell a story? Absolutely not. Composition can tell a story and make the viewer think about the picture OR it needs to present the food in the best way possible such as below close-up of chocolate ice cream. This is not an example of a storytelling picture, but it does make you a bit hungry, right? 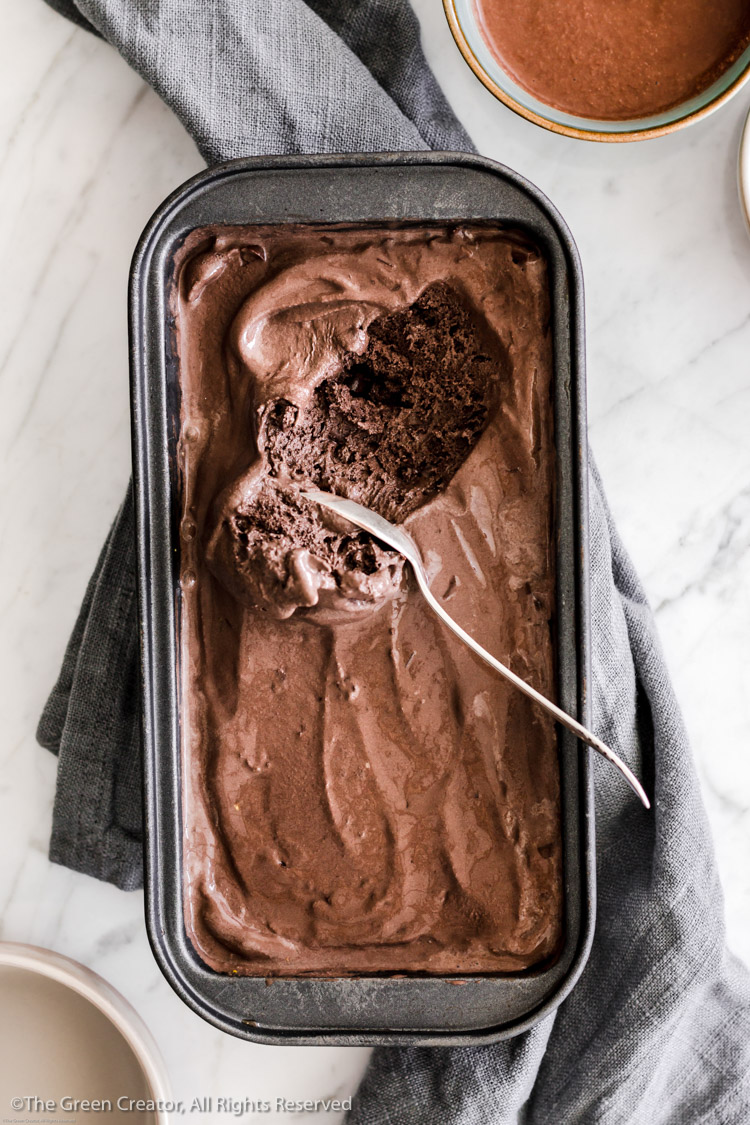 6. The rule that really is a rule

As I wrote earlier, all of the above rules are only guidelines…. There is however, one rule that really is a rule.

No matter what you do or which guideline you decide to follow or ignore, the best tip for great composition is to make it look effortless and seamless.

The viewer should feel an emotion without noticing what the photographer was thinking or trying to achieve while shooting the photo, because then the focus on the food is taken away. It’s almost unexplainable, but it’s often quite noticeable when a picture is taken without thinking of the composition. Even if the styling looks messy, every little crumb was well thought about to create a killer composition. Remember that food styling and food photography is subjective so there is no wrong or right. Try to show your passion and the idea behind a photo in a natural way. Taste the food, have a vision what you want to shoot and which story you would like to tell and keep on practicing. You will learn with each shot you take.

I would love to invite you to my new food photography Facebook group where I’m creating a supportive group of like minded people that can help eachother to improve their work. I’d love to see you there. Or maybe you would like to sign up for a 1 on 1 online food photography coaching session? 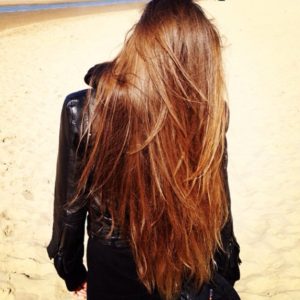 How To Grow Your Hair Really Fast 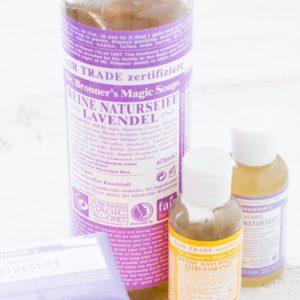 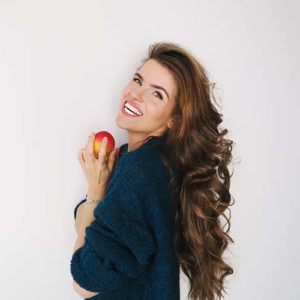 What to eat for healthy hair