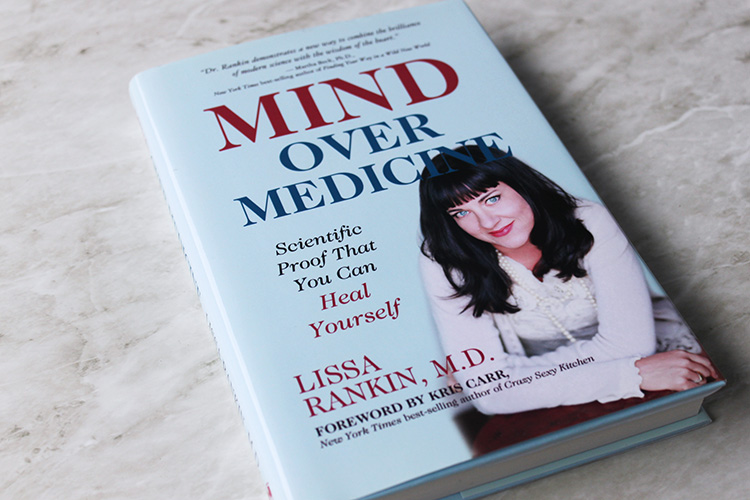 Some years ago I was drawn to ”Mind Over Medicine

by Dr. Lissa Rankin. I have always been very interested in the impact of our minds on our bodies and this book seemed to cover it all.

I still look into this book quit often as it reminds me for example not to stress too much, but also think about of what’s going on in my head, rather than just focus only what’s going on my blender.

I have heard numerous times stories of people that do ”it” all right, they eat well, they exercise, they take superfoods, pro biotics and still they feel drained, tired and sick. For me that’s the time to dig deeper, but I have never gone so far as Dr. Lissa Rankin did. In her book ”Mind Over Medicine

” she is reaffirming the importance of approaching health holistically.

I enjoyed the combination in her book of both scientific research as well as anecdotes from her experiences as a doctor. If you’re thinking about becoming more healthy or if you wonder why you still don’t feel as good as you should, this book will really open your eyes to just how powerful the mind is. Probably the most powerful tool we have. This book will also make you realize that we are ultimately our own best doctor. 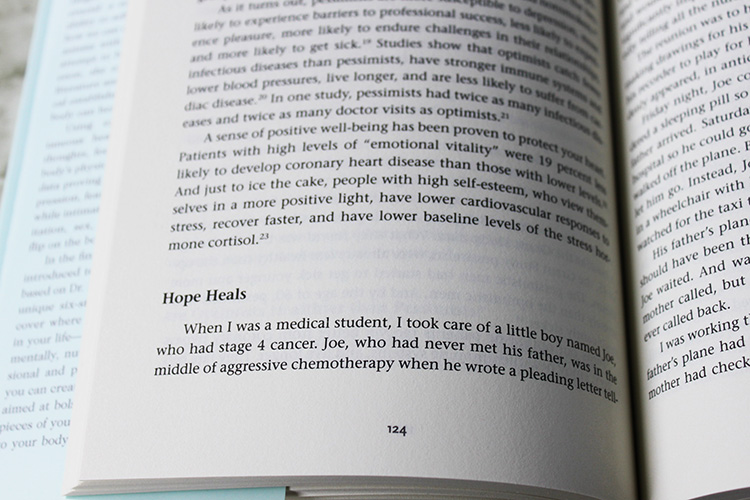 Believe Yourself Well
Physical symptoms are usually manifestations of spiritual disconnect. It’s our mind’s way of expressing that we are not living well, which is expressed through our bodies. It’s important to not ignore these as it usually starts off as a nudge (e.g. headaches), but may escalate to serious illness.

Write the Prescription
Once we acknowledge that something is not right, we are in control of figuring out what needs to change. We can write our own prescriptions with wisdom in order to determine what we need to do to heal ourselves. This is often difficult and takes time, and sometimes we find things we’re not ready to accept. But ultimately, we know what we need to do. Lissa’s is also sharing 6 steps on how to heal yourself.

Believe
Our minds have the power to heal us. If we believe that we can be healed, chances are better that we will, as she showed through various studies in the book.

Loneliness Poisons the Body
We need one other, many studies shown that we will life longer and happier. How having lots of friends can increase your life expectancy. The degree of social support you experience even affects the likelihood of cure if you do end up sick. The nurses who went through cancer alone were found to be four times more likely to die from their disease than those with ten or more friends supporting their journey. 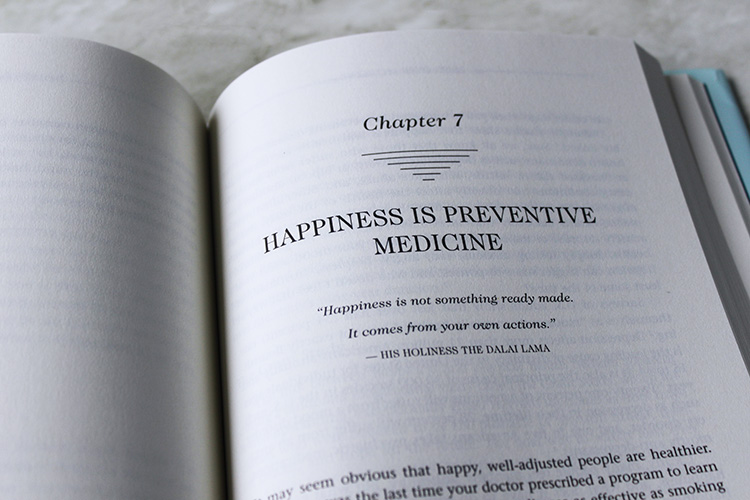 According to Lissa, many studies have shown that the mind is stronger than medicine. Remember, she was a doctor when she figured that out. She had studied for years, gave up so many hours and put in so much money in her study to become a good doctor only to figure out it is not working. She was medically trained, but became so frustrated by seeing patients who were clearly ill but who returned negative test result.

”I had been thoroughly indoctrinated into the dogmatic principles of evidence-based medicine, which I worshipped like the Bible. I refused to trust anything I couldn’t prove with a randomised, controlled clinical trial. Plus, having been raised by my father, a very conventional physician who made fun of anything New Age, I was as hard-nosed, closed-minded, and cynical as they come.”

Some mind over medicine cases 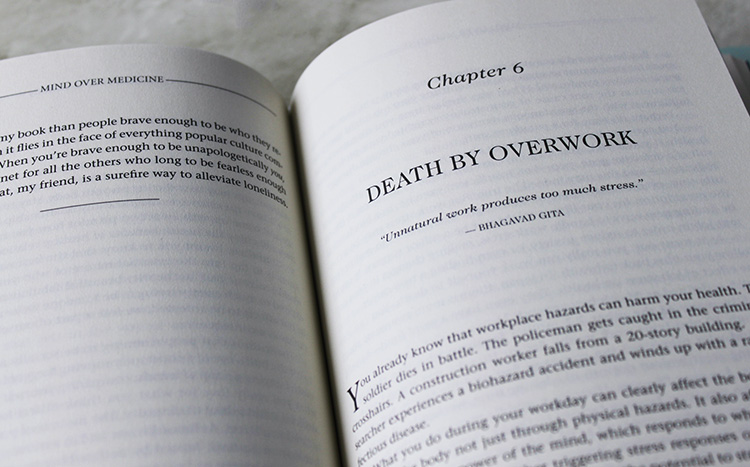 Such cases can maybe result that we start thinking that it’s all our own fault if we get sick or die, but that’s not the aim of this book. The aim is to demonstrate the power of the mind and how to help it. Nothing more than that. And the many remarkable examples of how the mind can affect the body are supporting that fact.

“… the best way to alleviate loneliness is to tap into the essential nature of who you really are. Let the world see your real, authentic beautiful fabulousness. So many of us expend so much energy trying to be someone we’re not in order to fit in. In our efforts to be accepted, we lose a part of ourselves, an our health suffers as a consequence.”

In her book, she encourages the reader to improve their health not only by taking medications, but by addressing psychological and lifestyle factors that are causing their illnesses.

By the time Lissa was 32 she divorced twice, was on medications for high blood pressure, and had just been diagnosed with pre-cancerous cells in her cervix.  She was disillusioned with her job and fed up of failing as a professional doctor, trying to be a perfect wife and new mother.

After two weeks of giving birth to her daughter, her 16-year old dog died, her brother was admitted to surgery with acute liver failure, her husband cut two of his fingers off, and her father died of a brain tumour.

‘They say when your life falls apart, you either grow or you grow a tumour. Fortunately for me I decided to grow,’ she says.

She left her job and now she works as an author and inspirational speaker preaching that patients have self-healing powers and that they can solve their own health problems.

Her book ends with several tools for writing your ”own recipe” to heal. I believe this book has a powerful message. But oh how difficult it can be sometimes to get your mind thinking in the right direction. Daily life can make us so stressed and sometimes we just simply forget to live and pursue our passion and live our real lifes.

Have you read Mind Over Medicine

? Do you believe the mind is stronger than medicine? 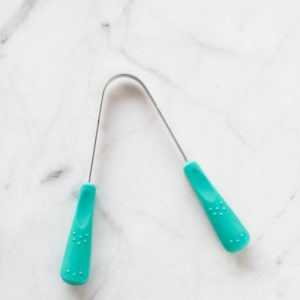 Why I scrape my tongue 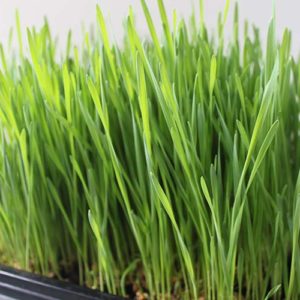 Why wheatgrass is so amazing 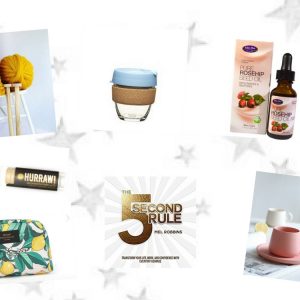