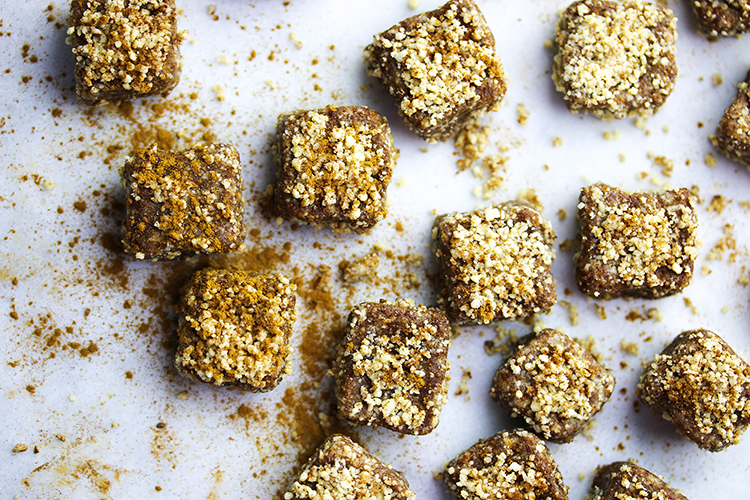 I love using (more) cinnamon. Especially breakfast- and snack recipes are a great way to sneek in more cinnamon. Cinnamon is really good for you. I would highly recommend to use the real cinnamon though, also known as Ceylon cinnamon. I wanted to create a true cinnamon delight, and with as little ingredients as possible (so the flavor of the cinnamon would really come out).

Cinnamon is antiseptic, fights cold,  is overall good for your immune system and for your intestines. Cinnamon is also great to calm you down, to reduce migraines/headache, and to  stabilise your blood sugar level which can help with losing weight (no more sugar cravings).

These cinnamon cubes are super simple to make. You just need to make sure not to miss step one of the recipe. It makes all the difference. These are not ”bliss balls”, but delicious cinnamon cubes with almond flour and a generous dash of cinnamon. You only need ten minutes and a food processor. 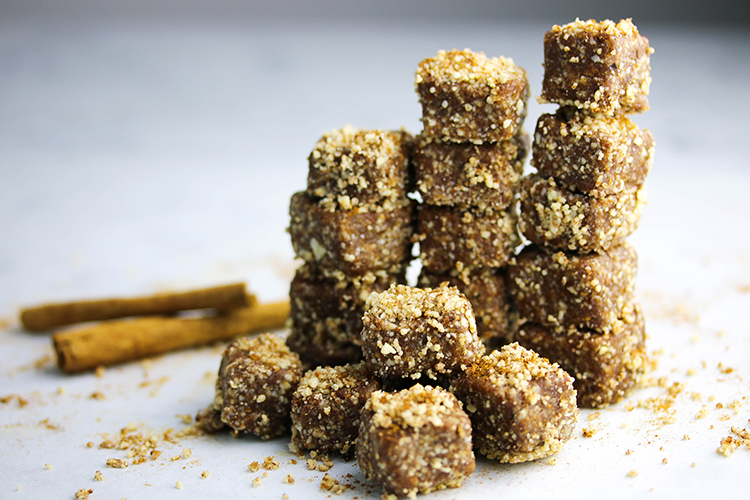 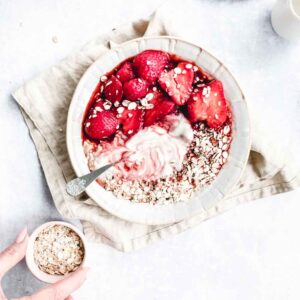 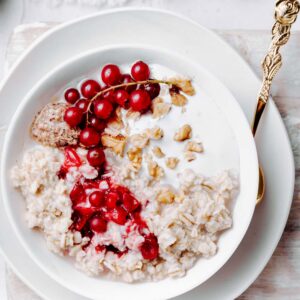 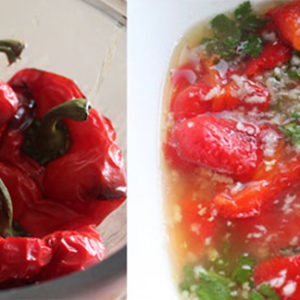 Welcome! This has been my little corner of the internet since 2013.
The Green Creator shows you how living a green life is fun and accessible. All recipes are plant-based, easy, accessible, and super delicious. Many recipes are gluten-free, refined sugar-free, and oil-free. All eaters can find something delicious here, so I welcome everyone!
I also regularly share reviews about other things, such as natural vegan beauty products, favorites, and books.