Last month I visited Finland with an amazing group of foodies. This press trip to Helsinki was all about Scandinavian food trends. 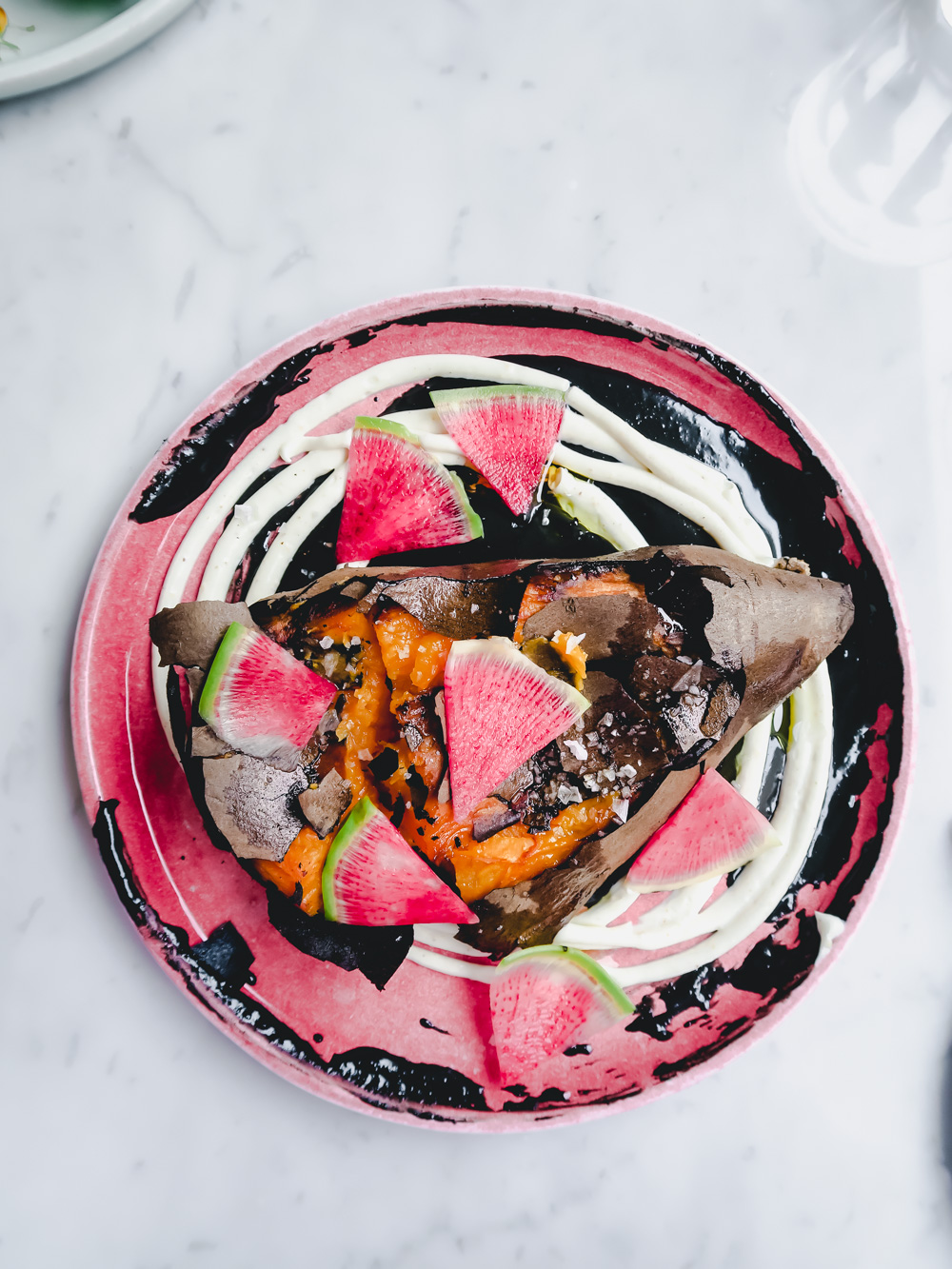 In Helsinki I also tried ”pulled oats” for the first time. After the enormous success in Finland, pulled oats have recently become available in the Netherlands too. The program was full with all kinds of activities that make me as a vegan foodie and photographer happy. Such as a hike in the Finnish forest, food styling and trying out many different vegan dishes. In this article I’m sharing with you the vegan food trends that I spotted in Helsinki. 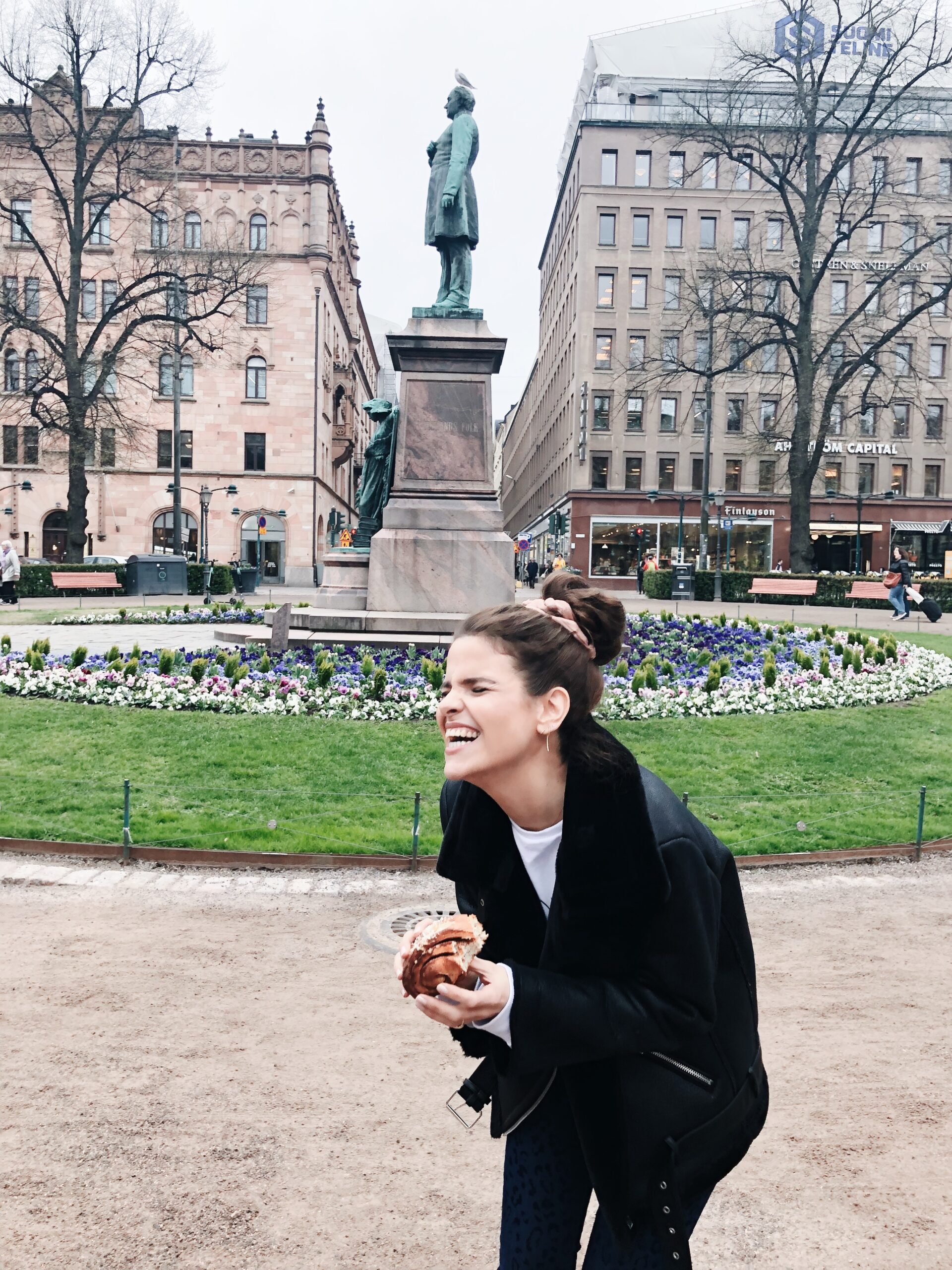 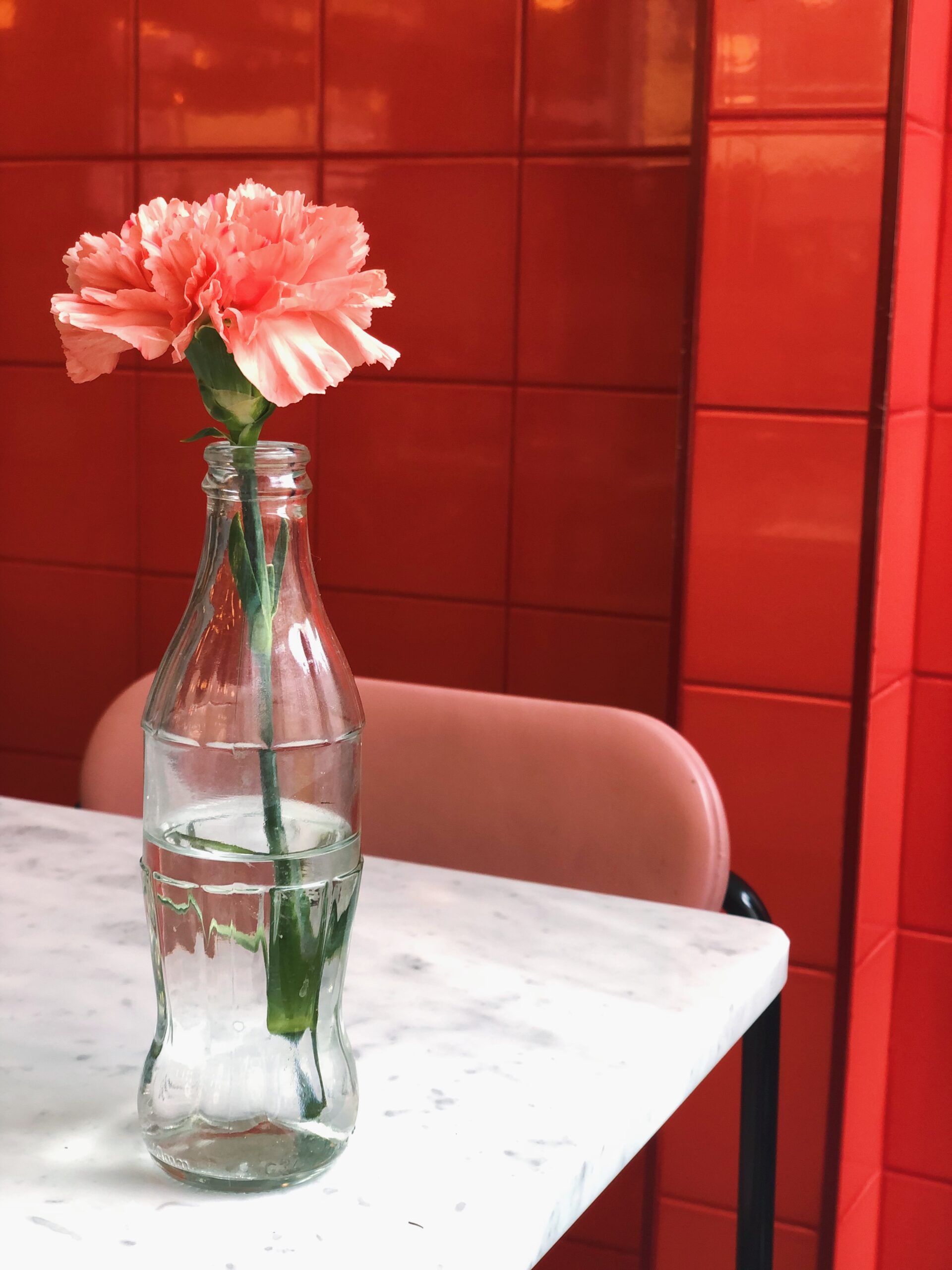 When I think of the Scandinavian cuisine, I think of traditional dishes with fish, potatoes, pork and berries. Not really a typical and fully vegan-friendly cuisine. Yet, vegan food is very popular in Helsinki. When pulled oats made their entry on the market in Finland, there were queues in front of the supermarket with eager people wanting to try this new source of plant-based protein.

I noticed how pure Finland is. Scandinavian cuisine is all about fresh, natural, local ingredients. Vegan food is also very popular in Helsinki. Supermarkets are full with interesting new vegan products with a huge emphasis on oats. Almost all restaurants are vegan friendly and according to food trends we will soon be able to find Finnish pulled oats everywhere. 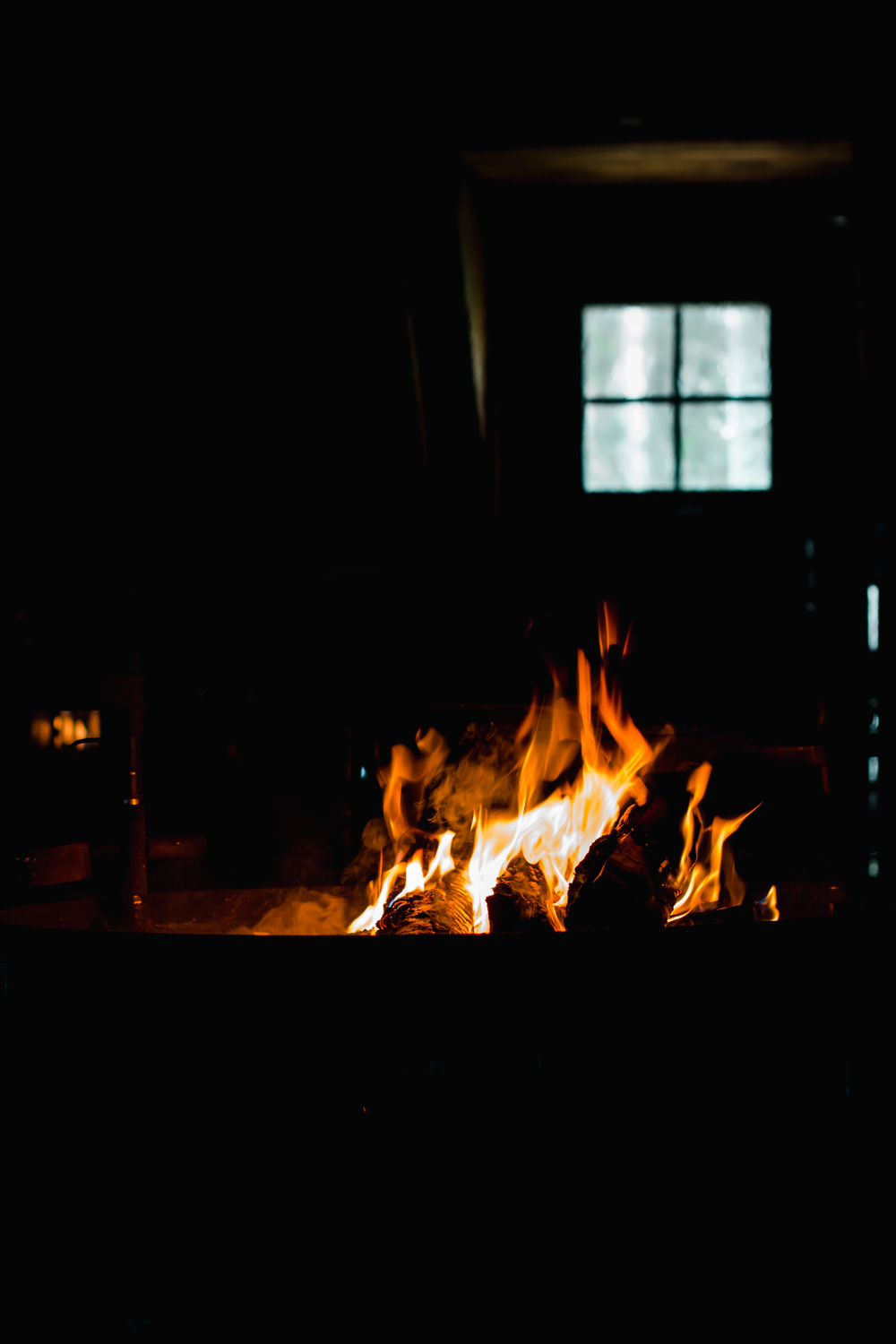 A Scandinavian trend that you will always find in the Nordic cuisine, are fresh local products. Products from local nature such as berries, but also oats and spruce. The forests and lakes are incredibly beautiful, pure and pristine. So what are the most striking vegan food trends in Helsinki that I have spotted?

Oats are hot in Finland
Did you know that oats are very pure in Finland? Even the non-organic oats are incredibly pure due to the fertile soil that is frozen for most of the year which makes it the perfect condition for keeping products such as oats very pure. Scandinavia and its hard soil is full of nutrients! I learned this from Tiina from My Berry Forest who was with us during the press trip and shared all sorts of facts with us.

Oats can be found everywhere in Helsinki such as oatmeal porridge, oat cakes, oat ice cream, oat risotto and oat milk in restaurants, oat yogurt, oat cream, oat snacks, oat drink yogurt, and also oat proteins. Although I deeply enjoyed oat yogurt, I was very curious about oat proteins. A great product with oat proteins is “pulled oats” from Gold & Greens. You can read more about what pulled oats are on the Gold & Greens website. It’s basically a combination of less than 10 ingredients and mainly oats, beans, and peas. Pulled oats are a nice and especially sustainable alternative for those who are looking for an alternative for meat with a full protein profile with all essential amino acids. 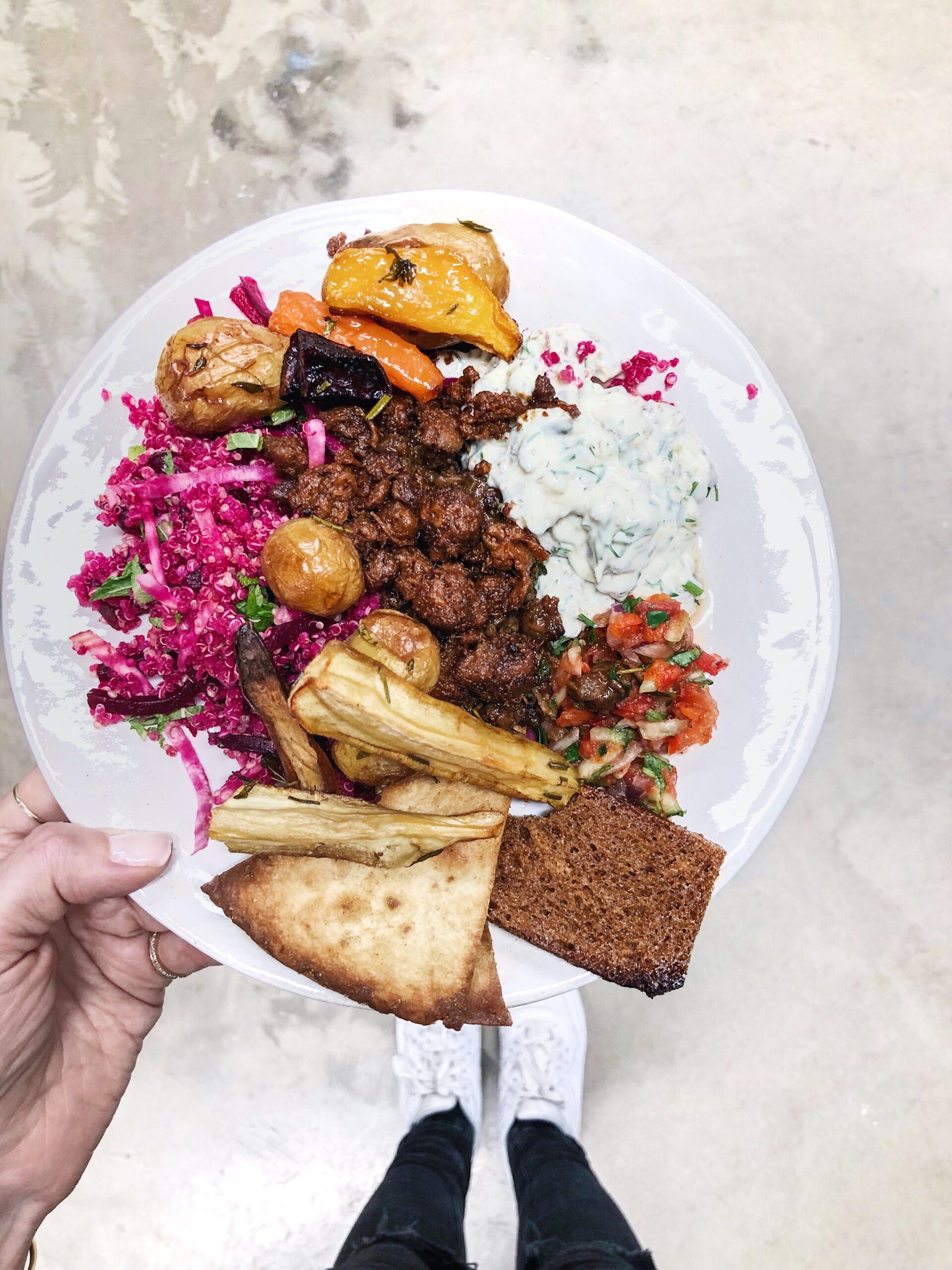 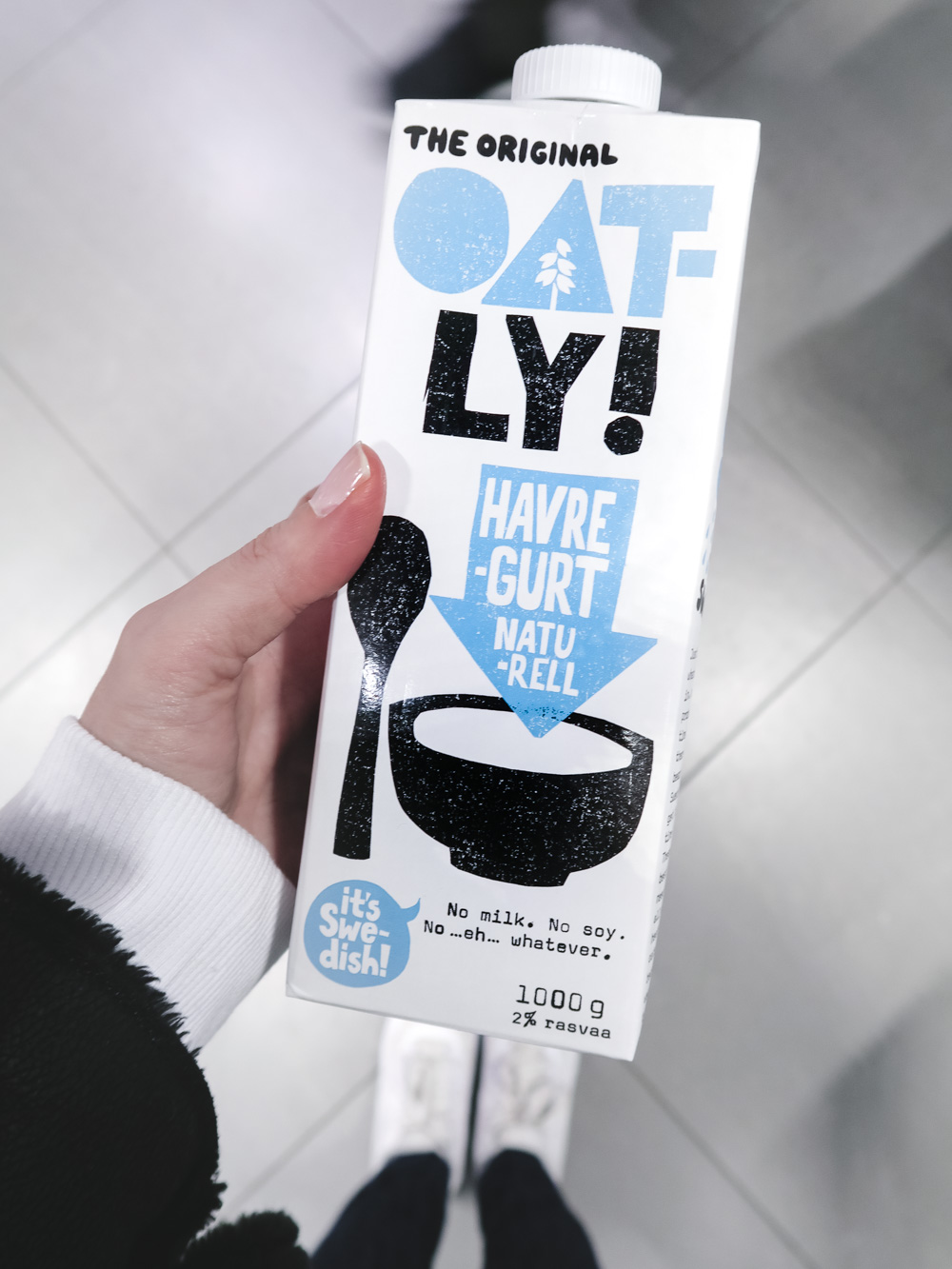 I have also spotted a few other similar buns. A bun with an almond filling, and buns with the combination of cinnamon and cardamom are also quite hot in Helsinki. A breakfast trend (or tradition) in Finland is therefore coffee with a cinnamon bun. 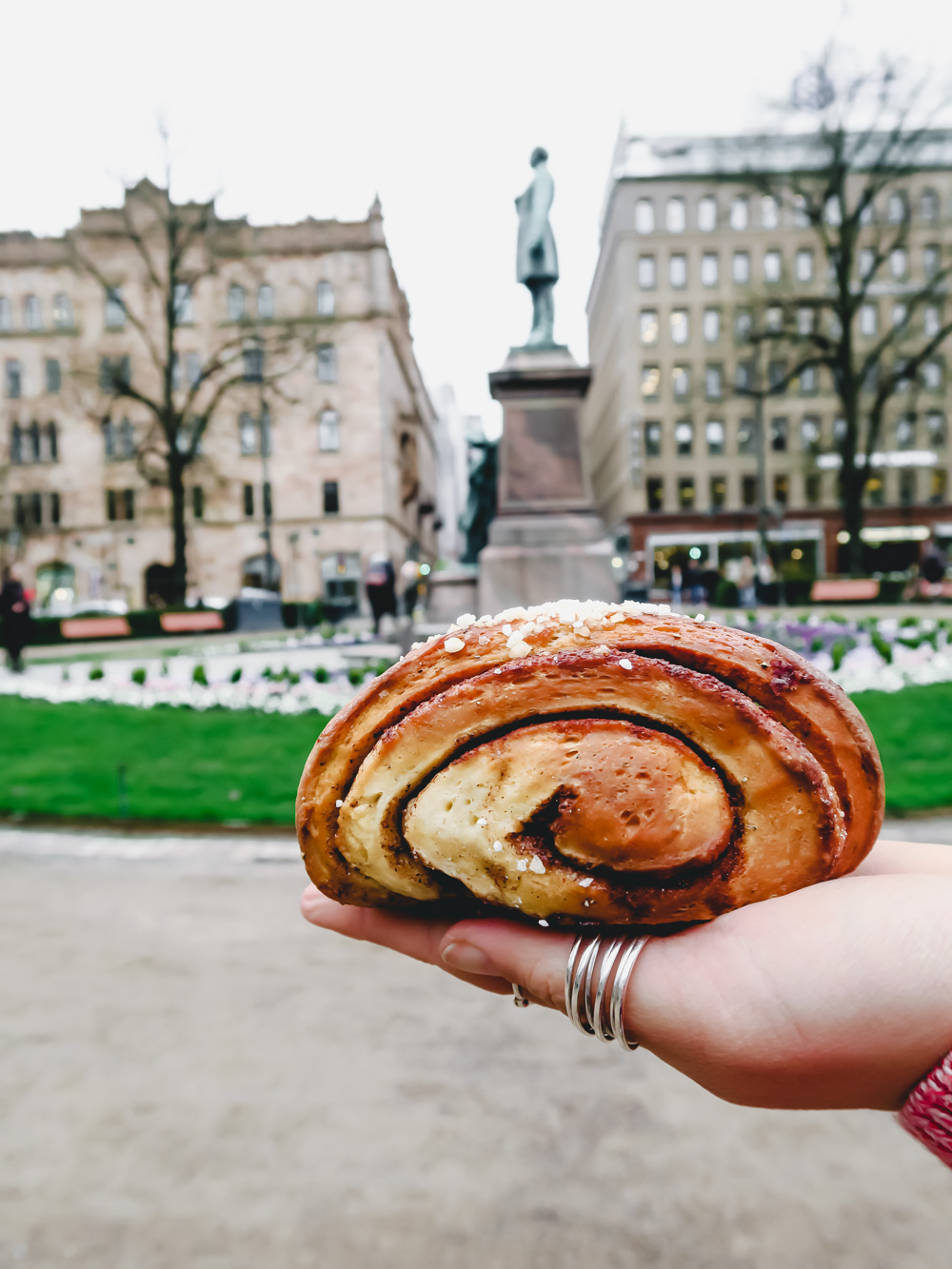 Coffee lovers
Speaking of coffee. The Finns can appreciate a good cup of coffee. Unfortunately, I don’t drink coffee. Well, sporadically so I can’t tell you much about this. I did notice that there are really a lot of nice coffee places and Kulma was a very nice place with juices and a wide selection of vegan /raw cakes and cookies. I enjoyed a nice cup of matcha there, but the vegan chocolate milk was my favorite.

Licorice
”Lakritsi” aka liquorice can be found in many products. As candy like in the Netherlands, but you can also order licorice tea in almost all places. The liquorice candy from Fazer are the most populair. In Finland, liquorice is a much more important ingredient than in the Netherlands (although we Dutch are quite proud of our liquorice candies, aren’t we?). They take it a step further in Scandinavia though. Think lakritsi yogurt and lakritsi ice cream and very strong liquorice tea.

Scandinavian berries
I’m a little bit jealous of all the amazing Finnish berries in Finland. I’m a huge fan of berries! I literally eat for example at least 1 kilo of raspberries a week. From the freezer, that is.
Finland is a very green country (more than 70% consists of forests). During the summer months after a walk in the forest, locals will bring home a full basket full of fresh berries. Tiina uses for example pulled oats to bake berry cakes or small cakes with berries. There are quite a lot of different type of berries and many beautiful sweet and savory Scandinavian recipes in which berries are a wonderful ingredient.

Spruce sprout as a medicinal drink
In the hotel where we stayed they served “spruce needle juice” or spruce juice. I have tried quite a variety of exotic green juices in my life, but spruce juice was something I never tried before. It’s delicious and my favorite recent discovery. They serve it as fresh juice that tastes incredibly refreshing and sweet. I couldn’t get enough of it. You can also drink spruce hot as a latte or ”kerkkä latte”. This is made with dried spruce powder (spruce sprout powder) and oat milk and served as a latte. In the past, spruce sprouts were used to heal diseases, but nowadays it’s used as a great immune booster. Spruce sprout is used in Finland as a natural remedy to keep the flu and winter blues at bay. And the smell! It’s like taking a fresh walk through a forest. Spruce sprouts contain a lot of vitamin A and C and also antioxidants. In addition, it is antibacterial, reduces inflammation and appears to be good for the teeth. I welcome this trend to my country too.

Vegan food in Helsinki
Vegan food is a trend in Helsinki. You can see what I ate in the video below, but I can’t help sharing some of the photos I made of my delicious vegan plates at Story and Yes Yes Yes.

Have you ever been to Scandinavia? Did I miss a Nordic food trend? Let me know in the comments below or on Instagram or Facebook. 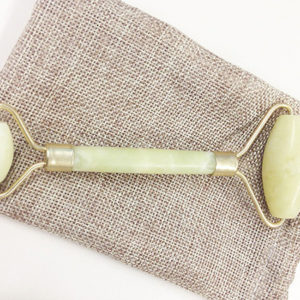 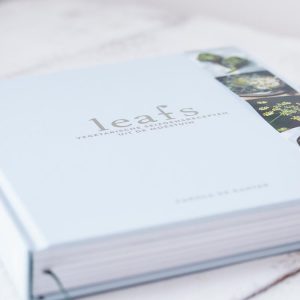 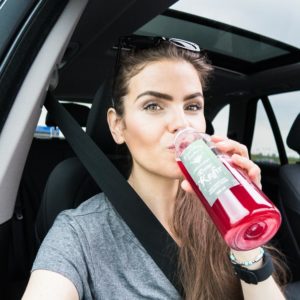