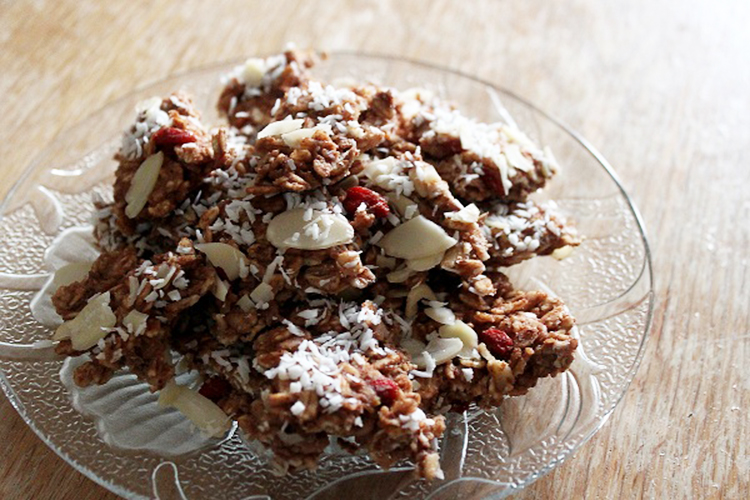 Besides breakfast, snacks on-the-go are one of my favorite foods to prepare. After preparation you can eat them right away, but also the next day (if I’m lucky) I can just grab them out of the fridge ready to leave the house. Raw energy bars are an excellent way to have convenient healthy food. And although there are a lot of energy bars with nuts I wanted to experiment a bit so I made an energy bar with glutenfree oatmeal and of course no sugar. I made these lucuma energy cookies with lucuma and they came out pretty yummy.

You can make this either raw or vegan (not raw). For the raw version you will need to soak the gluten-free oatmeal the night before is some water or almond milk and for the vegan version I will show you below how to make an easy, quick, dairy- sugar- and gluten free snack or breakfast.

I used some more super foods than I normally do. I believe you don’t have to use a lot of super foods at the same time, but sometimes it’s just nice to mix them all…well almost all. One of them is lucuma.

Lucuma is a low-glycemic sweetener and quite popular in Peru for its health benefits. This sweet flavored powder is a great addition to smoothies, puddings, ice creams, cakes, sprinkled on cereal and granola and  much more. The powder comes from the lucuma trees in South America, where the fruit is known for its amazing nutritional benefits. 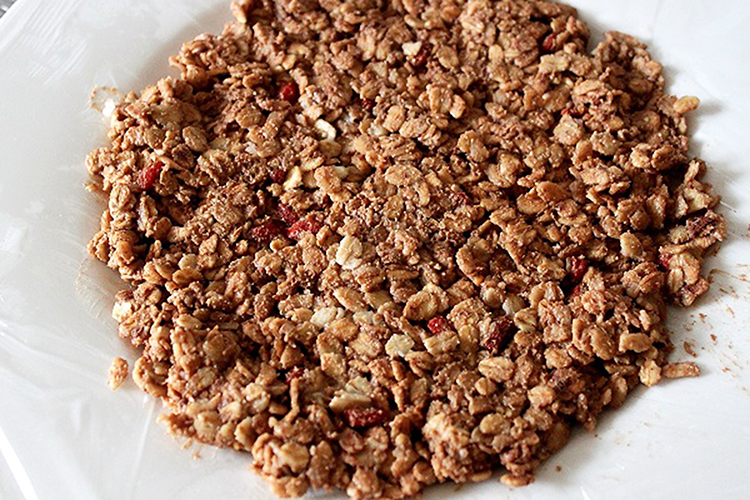 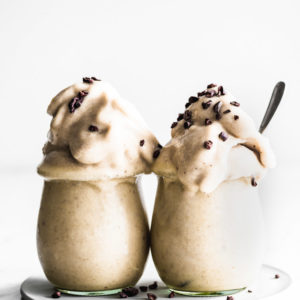 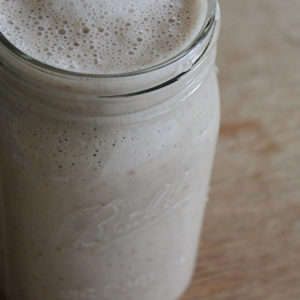 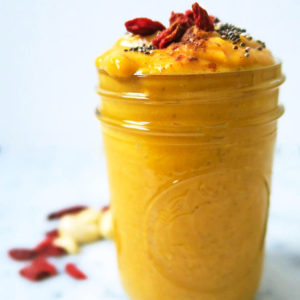 A banana smoothie substitute you must try

The Green Creator makes whole food plant-based vegan eating easy, wholesome, accessible, flavorful and SUPER delicious. Many recipes are gluten-free, refined sugar-free, oil-free and ready in 30 minutes or less! I welcome everyone here, there is a something here for all eaters!

Raw chocolate: such a paradise. It's healthy and so delicious. When I started eating vegan I first had to get