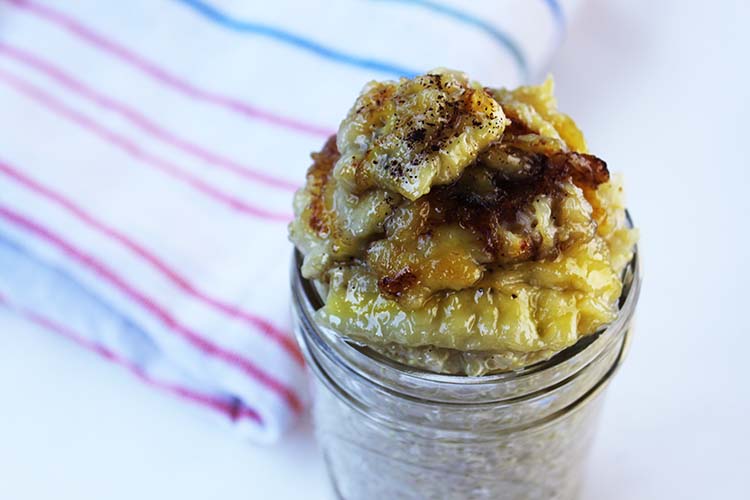 I enjoyed bananas in all possible ways, such as ice cream and as a cake, but never did I dare to combine a heated pan and bananas. This caramelized banana topping however turned out to be the sweetest and most gooey topping I added to any porridge for a long time now. This quinoa porridge with caramelized banana is definitely a recipe you would want to try out during a slow morning where you want to treat yourself and your loved one(s). 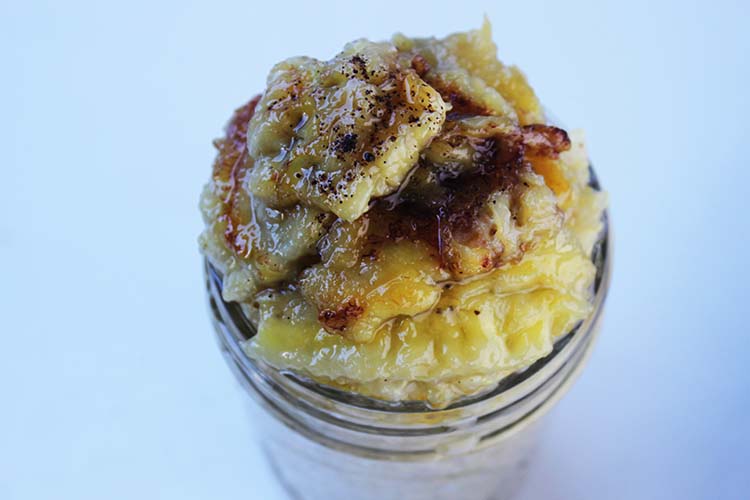 Bananas are a delicious fruit and by baking them in coconut oil they become incredibly soft and sweet and literally melt in your mouth. 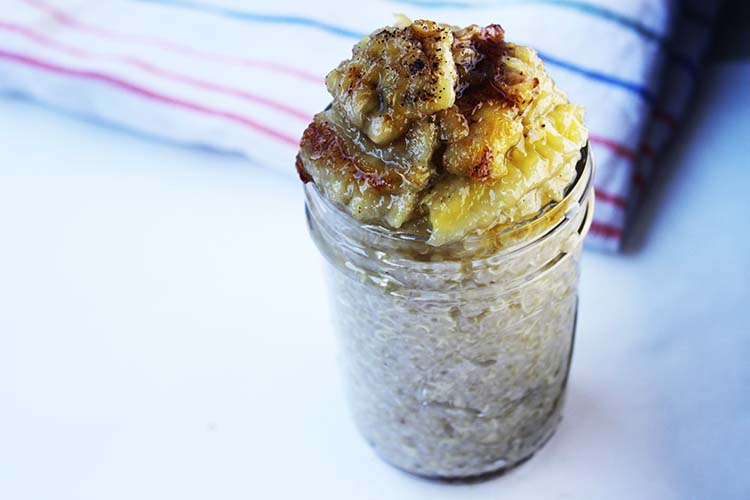 Caramelized bananas are so versatile. Served over pancakes, waffles, on top of  cereal, oatmeal or poured over ice cream, warm bananas that have been bakes and caramelized are such a decadent treat.

The knowledge that you can just slice a banana and bake in some coconut oil is possibly going to change the idea you have that toppings should always be boring or that they’re never sweet enough for you. It’s so simple and so, so sweetly good.

A delicious sweet and filling jar of quinoa porridge with a sweet topping made out of caramelized bananas. 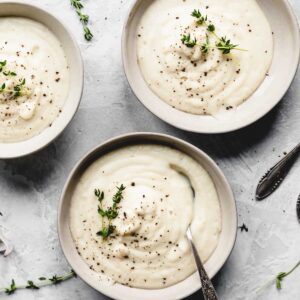 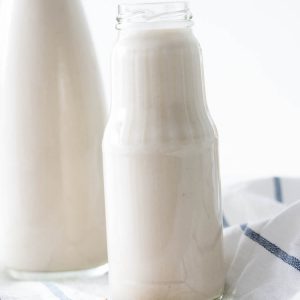 How To Make Oat Milk 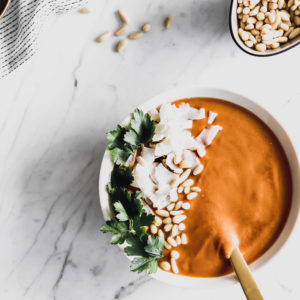