This delicious rhubarb jam is only made with fresh rhubarb and a sweetener of choice. The vanilla extract and lemon juice will balance out the rhubarb taste. This jam is an amazing addition to any breakfast porridge, in a smoothie, with dessert or on a cracker as a snack. 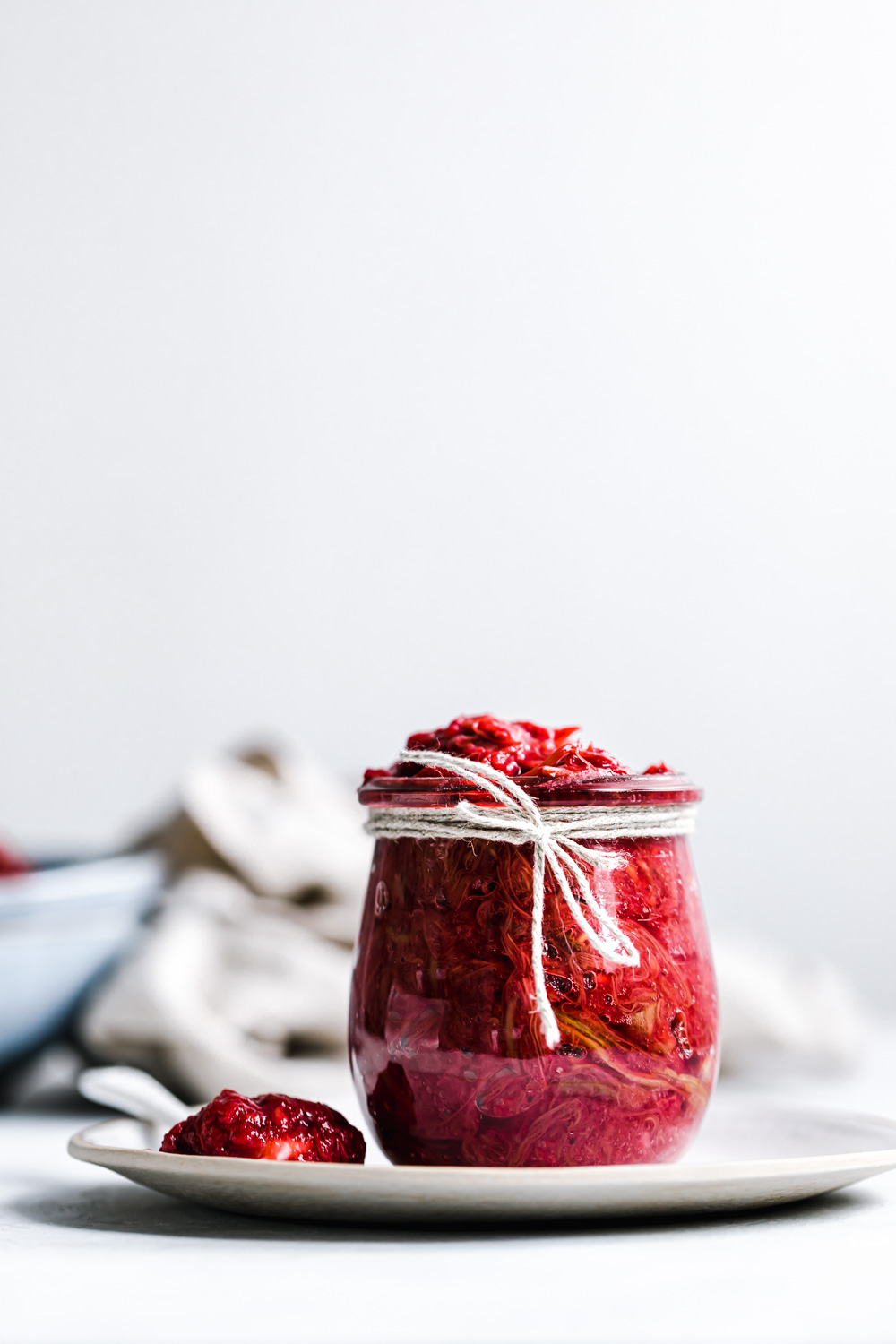 The first fields growing rhubarb typically show up in late March to early April. So the best moment to harvest rhubarb is in spring and early summer. Although we can enjoy rhubarb all summer long, I was told that they tend to get woody in late summer and don’t taste as good.

Around this time of the year those gorgeous rhubarb pies are starting to show up on my Instagram feed. But there is more! May I introduce to you my current rhubarb obsession? Rhubarb jam. 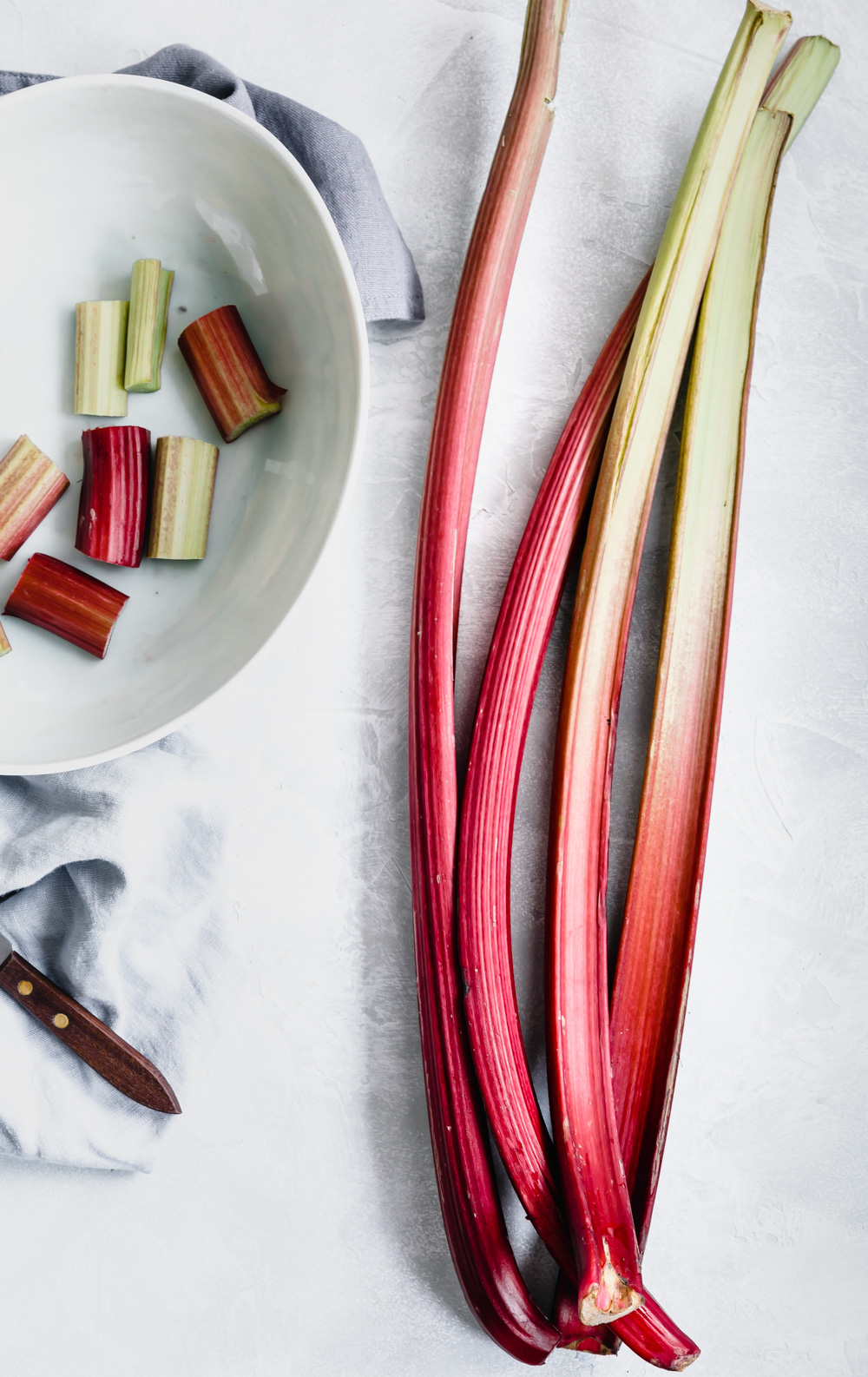 Spring and summer are a great time to make your own jams. The main reason why I love to make my own jam is that the store bought versions almost always have a bit too much sugar or preservatives to my taste. And sometimes I find the taste or texture just a bit too jelly-like.

But most of all, it’s so incredibly easy to make your own jam! It’s also easy to make a bigger batch. It’s a totally foolproof recipe, that you’ll love.

Is Rhubarb Not Too Sour?

The first few times I made this recipe with rhubarb and strawberries as I thought rhubarb is too sour and acidic to use in a jam recipe.

Even though raw rhubarb tastes indeed sour, once cooked the taste becomes more sweet, and very suitable to use in pies, sauces and jams. 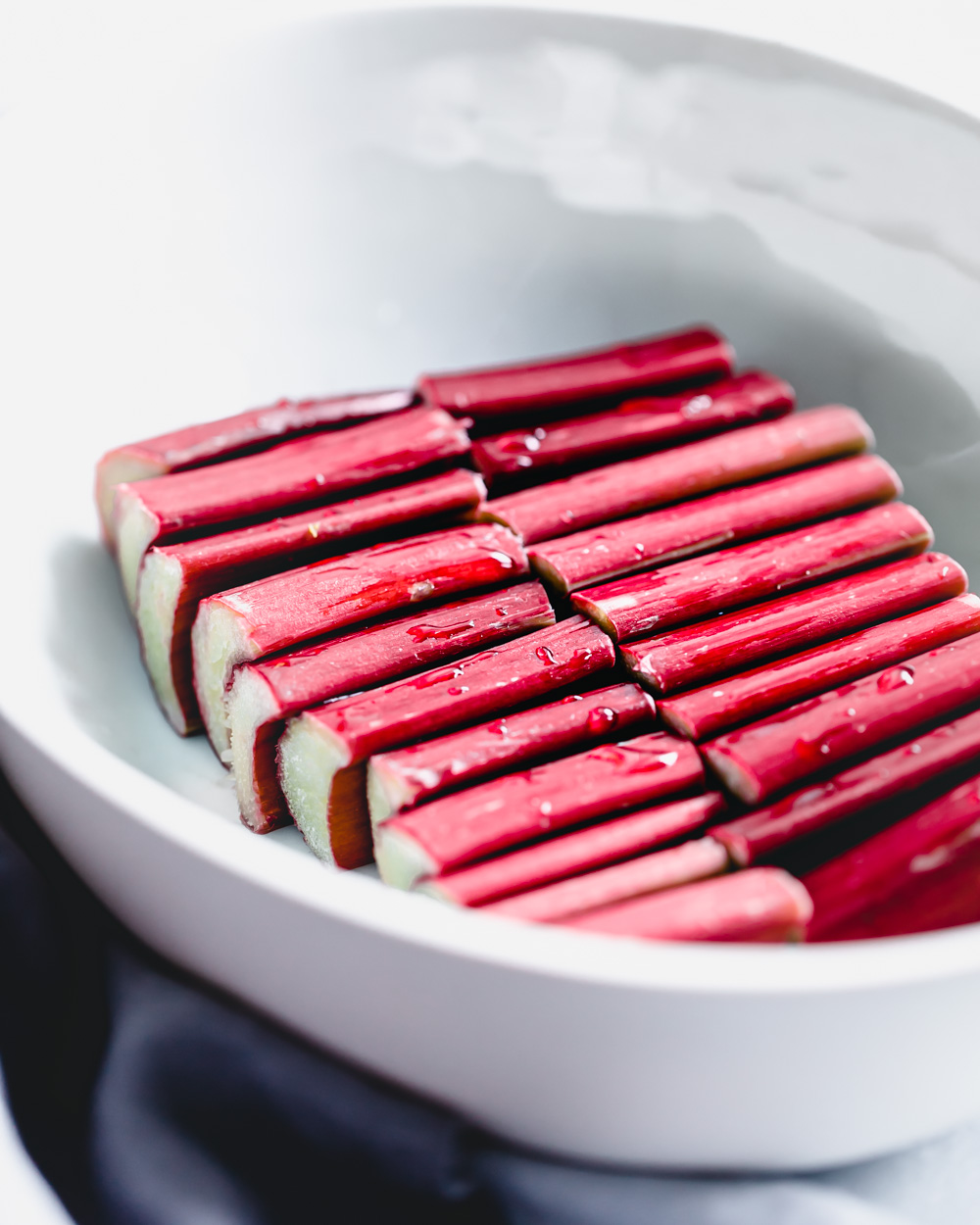 How To Thicken Rhubarb Jam Without Pectin

Usually I like to thicken a jam with chia seeds, pectin or an additional fruit (such as bananas). This recipe for Cherry Chia Seed Jam is delicious and I used only chia seeds to thicken it up. Pectin is a naturally occurring substance found in berries, apples and other fruits. When heated together with sugar, it causes to thicken and resemble a jam.

Although I don’t mind using pectin to create a specific consistency, in jam recipes I find that it creates a bit of an unusual texture and taste. But the good thing is that the pectin in the fruit itself is almost always enough to thicken the jam.

The lemon juice in this recipe will draw out the pectin in the rhubarb and helps it set. On top of that, the sweetener in this recipe binds the water in the fruit and also that will help it thicken up since it can’t interfere with the thickening process.

And lastly, the process of heating the fruit and then letting it cool in the refrigerator will also firm the jam up further.

How To Make Rhubarb Jam

Making rhubarb is as simple as cleaning and cutting the rhubarb into smaller chunks. All you have to do next is heat it up in a saucepan along with the other ingredients.

Once it’s boiling the jam will need to be stirred until the rhubarb releases its juices and starts to simmer. When it becomes sticky, the jam is done. Place it in a glass jar and keep in the refrigerator to thicken up. 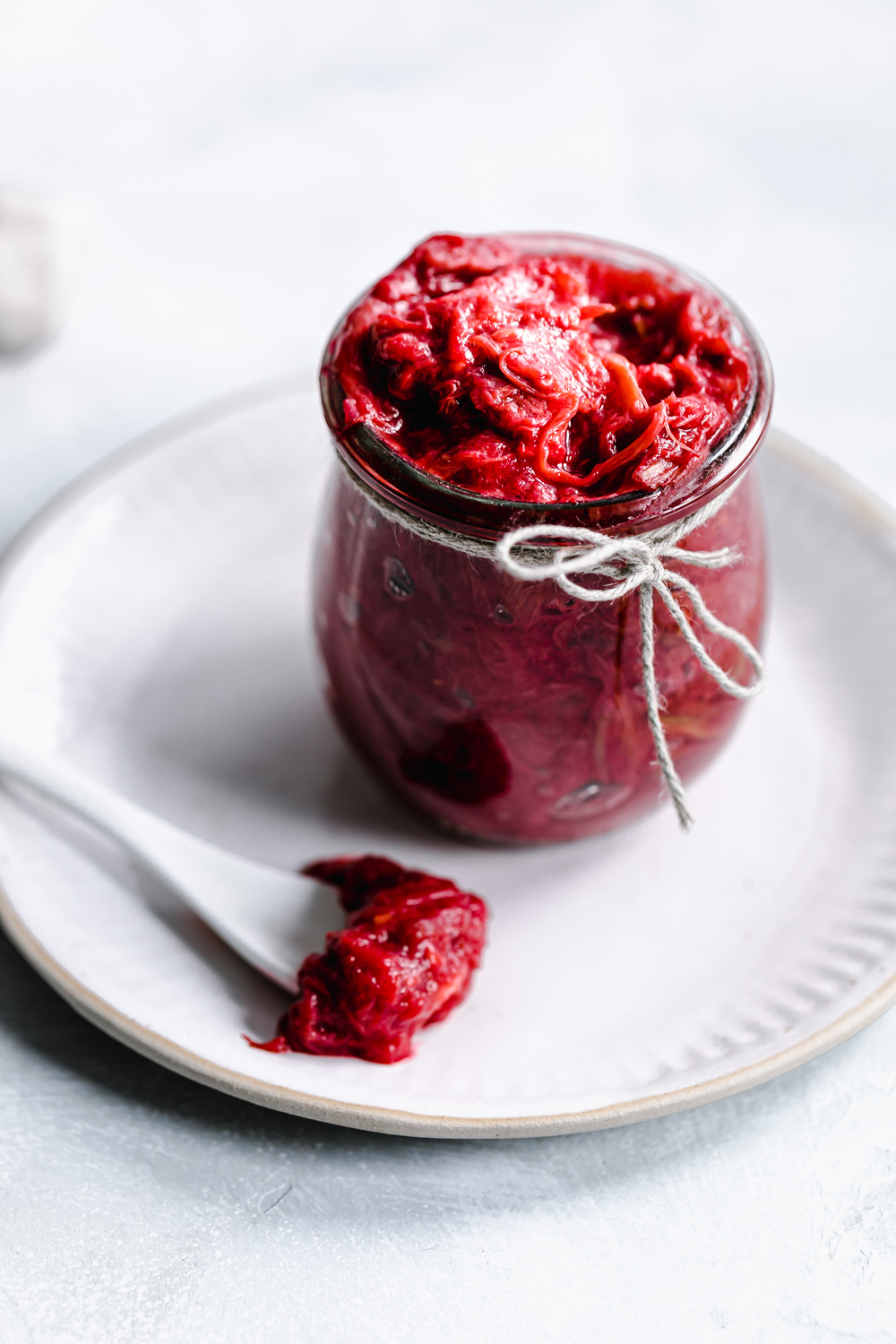 How To Store Rhubarb Jam

I personally find this recipe so simple that I don’t mind making it every now and then. I just can’t be bothered (read: I’m too lazy) with sterilizing glass jars in order to store the jams for a longer time.

Typically I will make a few jars of jam which will last in our home about a week- sometimes even shorter.

If you would like to make a big batch for months to come, make sure to sterilize the jars with boiling water to get rid of all the bacteria and to make sure your jam will last longer.

How To Serve Rhubarb Jam

Rhubarb jam can be enjoyed in so many delicious ways. I love to add a big dollop to my morning granola or porridge. But other delicious options are:

Before you get out those glass jars, one final comment. The color of the jam will greatly depend on the color of the rhubarb stalks. For this recipe I used very red stalks so the color is a rich deep red.

But if you use green stalks or buy rhubarb later in the summer the jam will be less vibrant. The taste shouldn’t be that much different though. 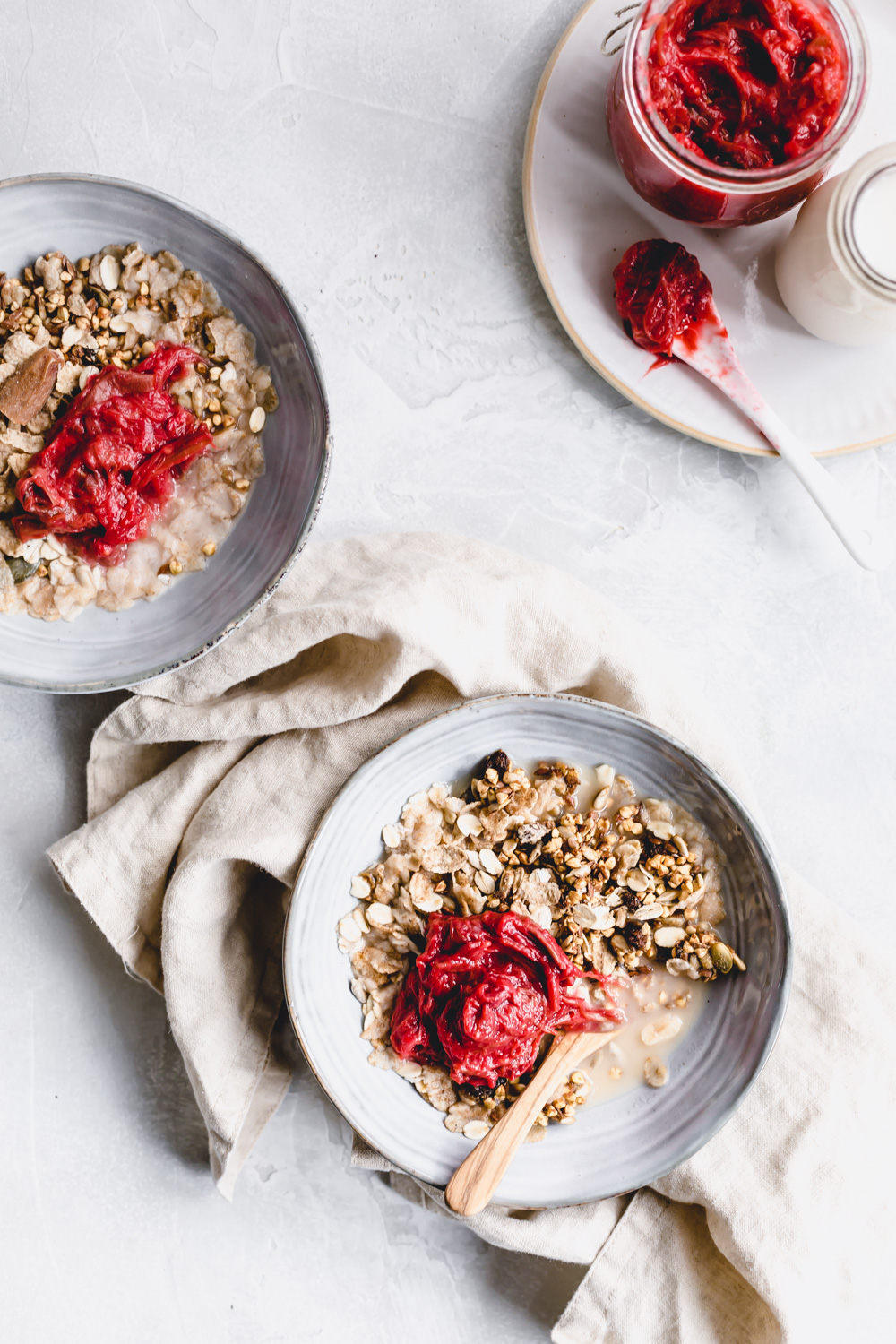 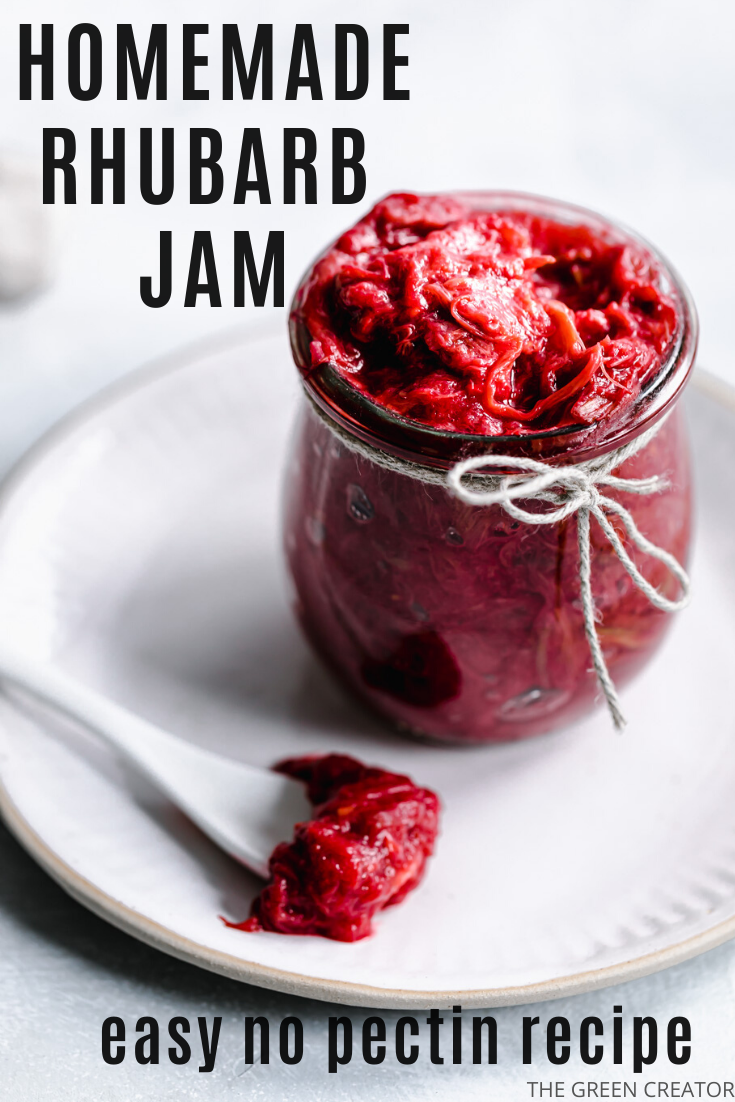 This delicious rhubarb jam is only made with fresh rhubarb and a sweetener of choice. The vanilla extract and lemon juice will balance out the rhubarb taste. This jam is an amazing addition to any breakfast porridge, in a smoothie, with dessert or on a cracker as a snack.

Clean the rhubarb stalks. Remove any withered parts and dirt. Cut into smaller chunks so it’s easier to place in a saucepan.

Place the rhubarb in a medium saucepan along with the sweetener of choice.

Add in the lemon juice and vanilla. Bring to a boil over medium heat, while stirring frequently.

Once the rhubarb releases its juices turn down the heat a bit.

Let the rhubarb simmer until the rhubarb chunks dissolve and the texture because jam like.

Once the mixture sticks to a ladle, the jam is done.

It’s important to cook it long enough so the excess water in the fruit can evaporate.

This should take about 20-25 minutes. If the rhubarbs heats up too fast and the rhubarb starts to burn add one teaspoon of water at a time to prevent burning.

Turn off the heat, let the jam cool and then place into jars.

Let cool on the counter and once cooled off, place in the refrigerator for at least 3 hours to thicken.

Sugar
You could add more sugar for a sweeter jam, but I personally like the sweet-tart flavor.

You could use less sugar, but remember that the sugar in this recipe does more than just sweeten things up. Sugar binds the water in the fruit so I can’t stand in the way of the thickening process.

Also, keep in mind that the serving size is normally about a one or two tablespoons and not the entire jar.

Lemon Juice
Lemon juice is key in homemade jam recipes because the acid draws out all the pectin in the fruit. This will help all those strands of pectin bind together so that the jam thickens. Lemons also contain pectin.

this recipe card contains affiliate links to products I love 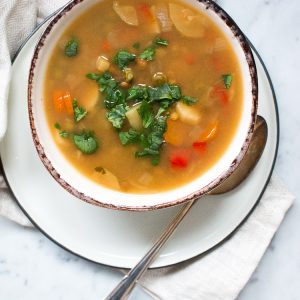 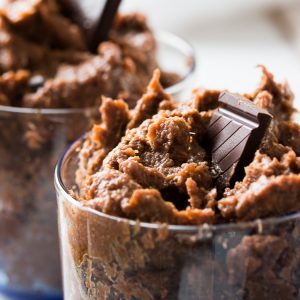 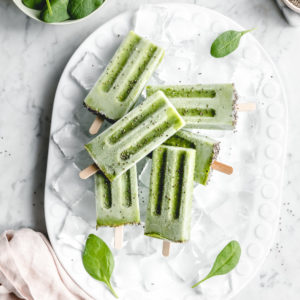