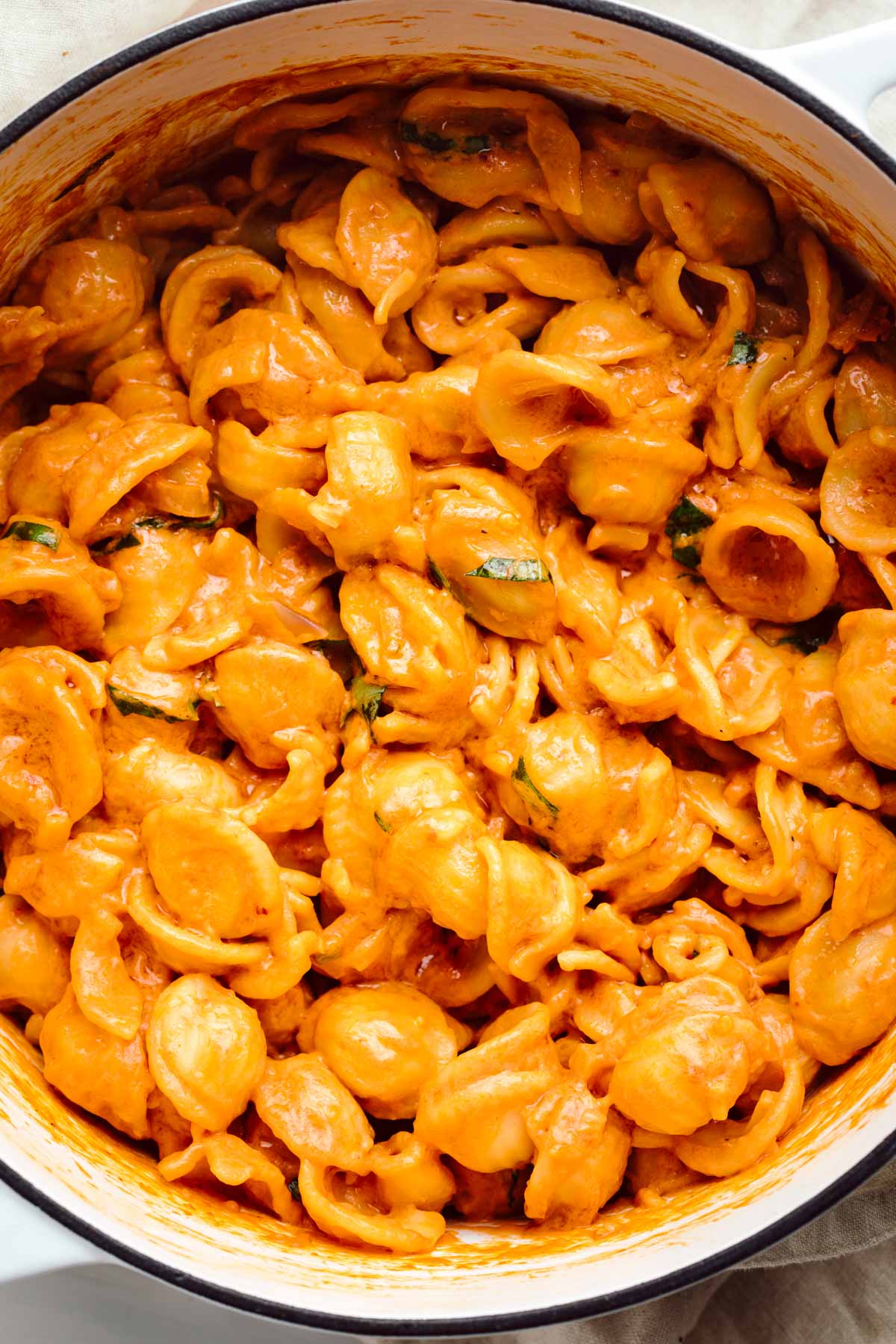 Early 2020 the Gigi Hadid pasta recipe went viral. This recipe (with or without vodka), with modifications to make it vegan, is Gigi’s original recipe she shared on Instagram as spicy vodka pasta. This pasta recipe is spicy, creamy, satiating, and ready in 20 minutes.

Disclosure for affiliate links which are underlined and bold:
Read my full disclosure here.

The vegan version of this viral recipe is still very much worth sharing. This vegan version is the spicy vodka pasta recipe shared by Gigi Hadid in her Instagram stories made vegan.

This pasta recipe is ultra-creamy and restaurant quality. If this recipe is a bit too creamy for you, a few modifications are listed below. The exact recipe is with vodka, but I will also give you some options if you would like to skip the vodka in this recipe.

This recipe is for a family/gathering of four, but in the recipe card, you can modify it for smaller portions. Gigi shared her recipe for two pasta bowls.

Gigi Hadid is a model, and in 2020, she shared a recipe that went viral. Ever since her pasta recipe was created and shared countless times across the world.

This viral pasta recipe with cream, tomato paste, basil, Parmesan cheese, red pepper flakes, and a bit of vodka lives up to the hype. This recipe was a big hype when Gigi shared it, a bit like Chrissy Teigen’s Tomato Basil Soup that I shared in 2014.

You will have to bookmark this recipe because:

Luckily these days, almost all recipes are easy to veganize, and this recipe is no exception. The only trickier substitution is heavy cream. Usually, for extra full-fat creamy recipes, the most common substitution would be full-fat coconut cream. However, for this recipe, coconut cream was a bit too sweet, it’s a good option, but a better option is a neutral soy-based cream.

All the other ingredients are easy to substitute, such as vegan Parmesan cheese and vegan butter.

Vodka (contrary to other alcoholic beverages, such as wine) is vegan. Nevertheless, it might be worth double-checking. Some drinks are not vegan because of the filtering process before bottling. Some companies may use isinglass, gelatine, egg whites, or other animal products.

For this bowl, you need a few simple ingredients. The main ingredients are the ones that add creaminess, richness, heat, and flavor to the recipe.

To make the best spicy vodka pasta recipe try to look for the best brand you can find for the vegan Parmesan cheese and vegan butter. Using fresh basil and good quality olive oil is also a good idea.

Gigi used pasta shells (conchiglie) for this paste recipe, and I think it’s a perfect option for this recipe. Every shell holds a bit of the creamy sauce.

For the vodka, I wouldn’t worry too much about the quality as this recipe only calls for a little bit of it to add acidity.

If you have all ingredients ready and one pot, this recipe is ready to be served in 20 minutes. The step-by-step photos and video below will give you instructions on how to make this pasta, but the full recipe and instructions can be found in the recipe card below.

Step 1.
Cook the pasta according to the package instructions and reserve ½ to 1 cup of the pasta water before draining.

Step 2.
While the pasta is cooking, chop the onion and mince the garlic. Heat up the olive oil in a pot over medium heat and add the onion and garlic. Gently sauté and stir occasionally, so the garlic doesn’t burn.

Step 3.
Add the tomato paste and let it heat for a few minutes while stirring to combine with the olive oil. The color will become dark red.

Step 4.
If you use vodka in this recipe, add it to the pot. Let heat up for a few minutes.

Step 5.
Add the cream and red pepper flakes and stir to combine.

Step 6.
When the pasta is done, add cooked paste, pasta water, and butter to the pot and stir to combine so all paste shells are coated in the sauce.

Step 7.
Add Parmesan cheese to the pot and stir to combine, allowing all the cheese to melt.

Step 9.
Stir again so all the pasta is coated, and serve warm.

This recipe is the same as Gigi Hadid shared on her Instagram. Only some ingredients are substituted for the vegan version. However, the original recipe leaves some room for modifications and substitutions.

Cream
I substituted the heavy cream for a vegan soy-based cream. If you don’t mind a bit of extra sweetness and a richer cream (just like the original recipe), use full-fat coconut cream or – coconut milk instead.

Olive oil
You can substitute the olive oil for coconut oil, but in general, the amount of oil in this recipe is quite substantial so any substitutions will be noticeable.

Too rich/unhealthy
This paste recipe will be spot on for some and a bit too heavy for others. If the latter is the case, you can:

Vodka
The quality of vodka will not make or break this recipe. The recipe is delicious without vodka as well. You can omit or substitute it for a bit of acidity, such as a splash of lemon juice, apple cider vinegar, apple juice, or grape juice.

Red onion
If red onion is not your thing or you don’t have it on hand, feel free to use white or yellow onion instead.

Keep for later
Any leftover pasta can be stored in an airtight container in the fridge for about 2-3 days. To reheat, add a bit of liquid (such as soy milk) to the leftovers and heat on the stove or in the microwave until thoroughly heated. Stir well before serving.

Can you make this recipe without vodka?
Yes, and it will still taste delicious.

Is it possible to omit the butter and cream in this recipe?
You can omit the butter, but the cream is tricky as it creates a rich and creamy sauce. The recipe will be too watery if you skip the cream and replace it with water and milk. See the above ”Substitutions and modifications” to make the cream slightly lighter.

With what do you serve this spicy vodka pasta?
This recipe is delicious but rich. A salad would make a good side dish with the spiciness and creaminess. You can also serve it with baked tempeh or serve it with a good amount of freshly chopped herbs (my favorite).

If you are also hopping on the bandwagon and make this recipe, let me know by giving it a star rating. Or tag your creation on Instagram @thegreencreator.

Early 2020 the Gigi Hadid pasta recipe went viral. This recipe with modifications to make it vegan is spicy, creamy, satiating, and ready in 20 minutes.

Cook pasta according to package instructions. When the pasta is done cooking, before draining the pasta, reserve ½ to 1 cup of the pasta water for later.

If you forgot this step, mix cornstarch and water (ratio 1:1) and set that aside for later.

Add tomato paste and let simmer for a few more minutes while stirring.

Add vodka (if using) and let the vodka heat up for a minute so the alcohol can evaporate. In the recipe notes, you can find substitutions for vodka or omit the vodka.

Next, add the vegan cream and red pepper flakes. Stir and let simmer for a few minutes. The key is to keep stirring so the sauce doesn’t burn and can thicken.

Add vegan Parmesan cheese and salt and pepper to taste. Stir in the basil and serve immediately.

Serve with fresh basil (or vegan cheese if you wish).

Vodka
The vodka can be omitted or substituted by equal parts of lemon juice, apple juice, apple cider vinegar, or grape juice. Vodka adds a bit of an acidic hint.

Less oil
This recipe is also delicious with less olive oil. For a reduced amount of olive oil, use 2-3 tablespoons.

Vegan cream
To substitute the heavy cream, use a soy-based vegan cream in this recipe, such as this one.

All content is copyright protected. Please do not use my images or recipes without prior written permission. Thank you! 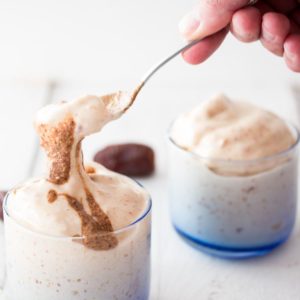 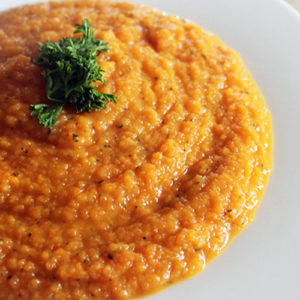 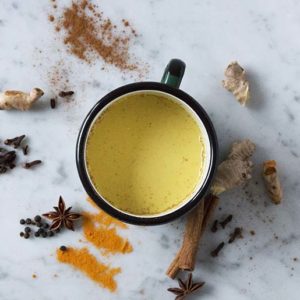