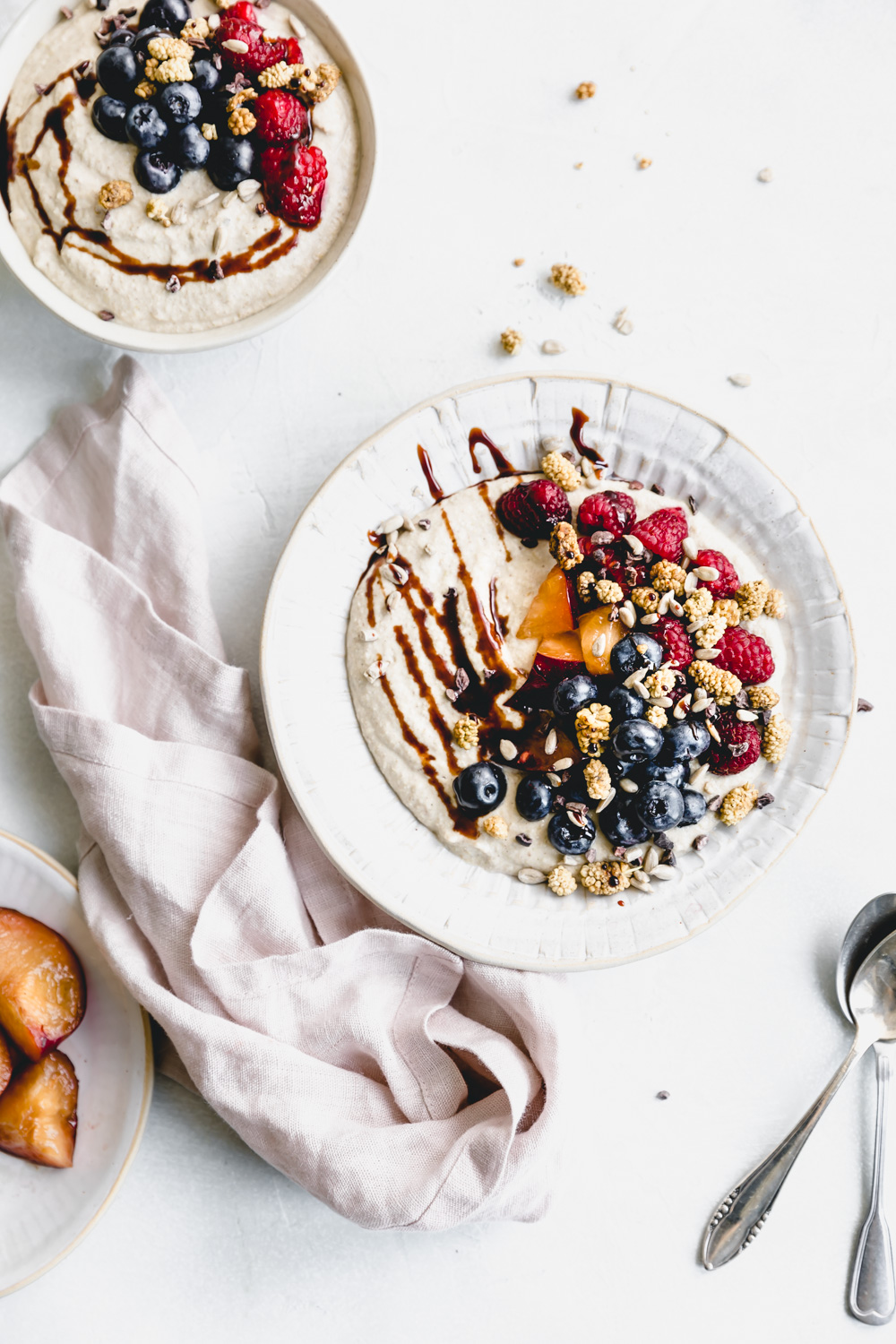 The first fall day of the year is coming. As we are all switching over to everything pumpkin, let’s not forget about those delicious juicy plums that are still in season through early October.

If you are not yet quite ready for a warm breakfast, this raw buckwheat porridge with plums is a great way to slowly make that transition to a more warming breakfast.

Did you know that buckwheat is not a grain? It’s actually a seed and totally gluten-free and unrelated to wheat. 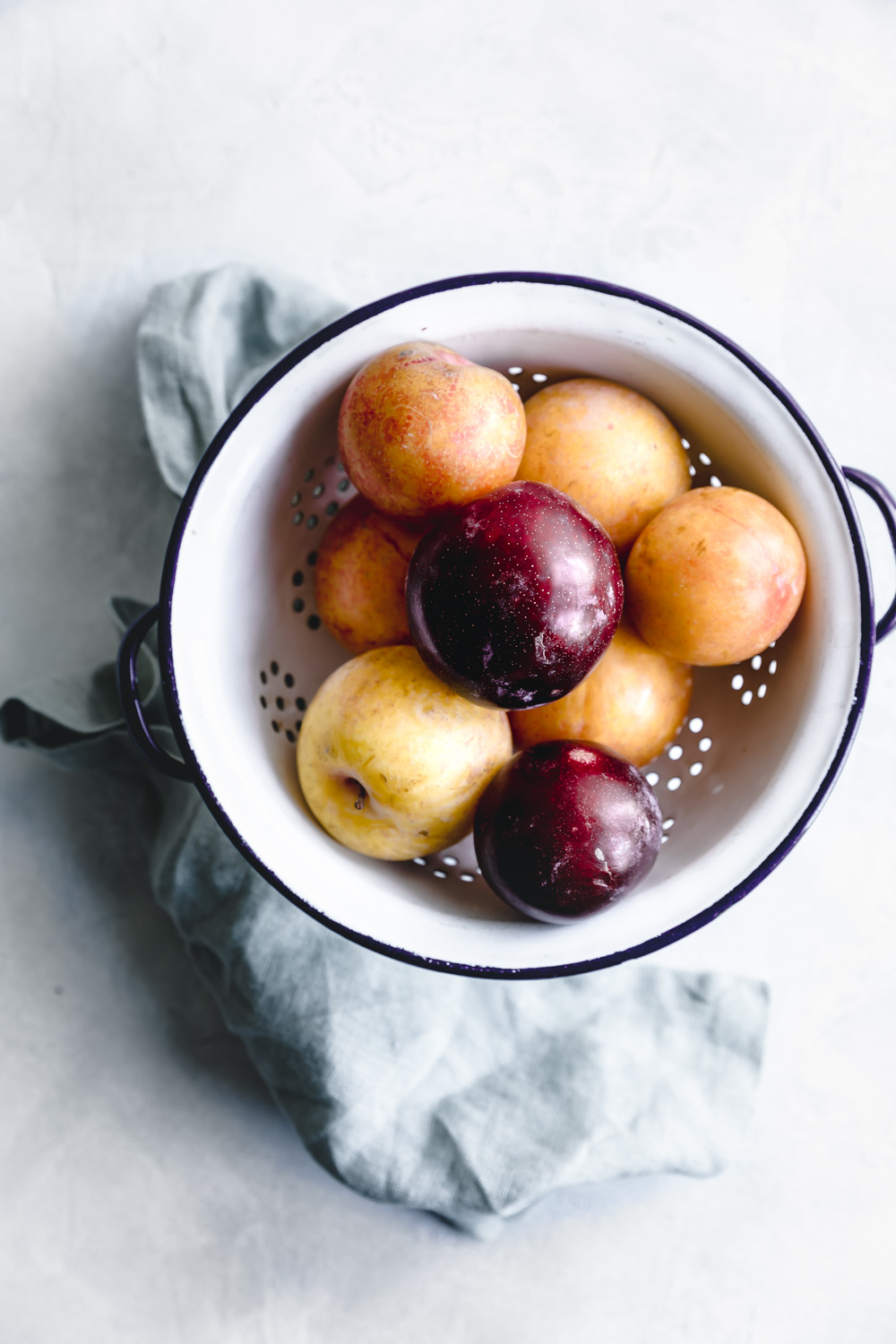 Can you eat raw buckwheat?

This was probably the first question I had when I started to experiment with buckwheat. Can you eat raw buckwheat? I used buckwheat mostly similar to oats, millet, quinoa and rice. So I would cook the buckwheat groats in water before I used it in stews, salads, porridges, and soups. 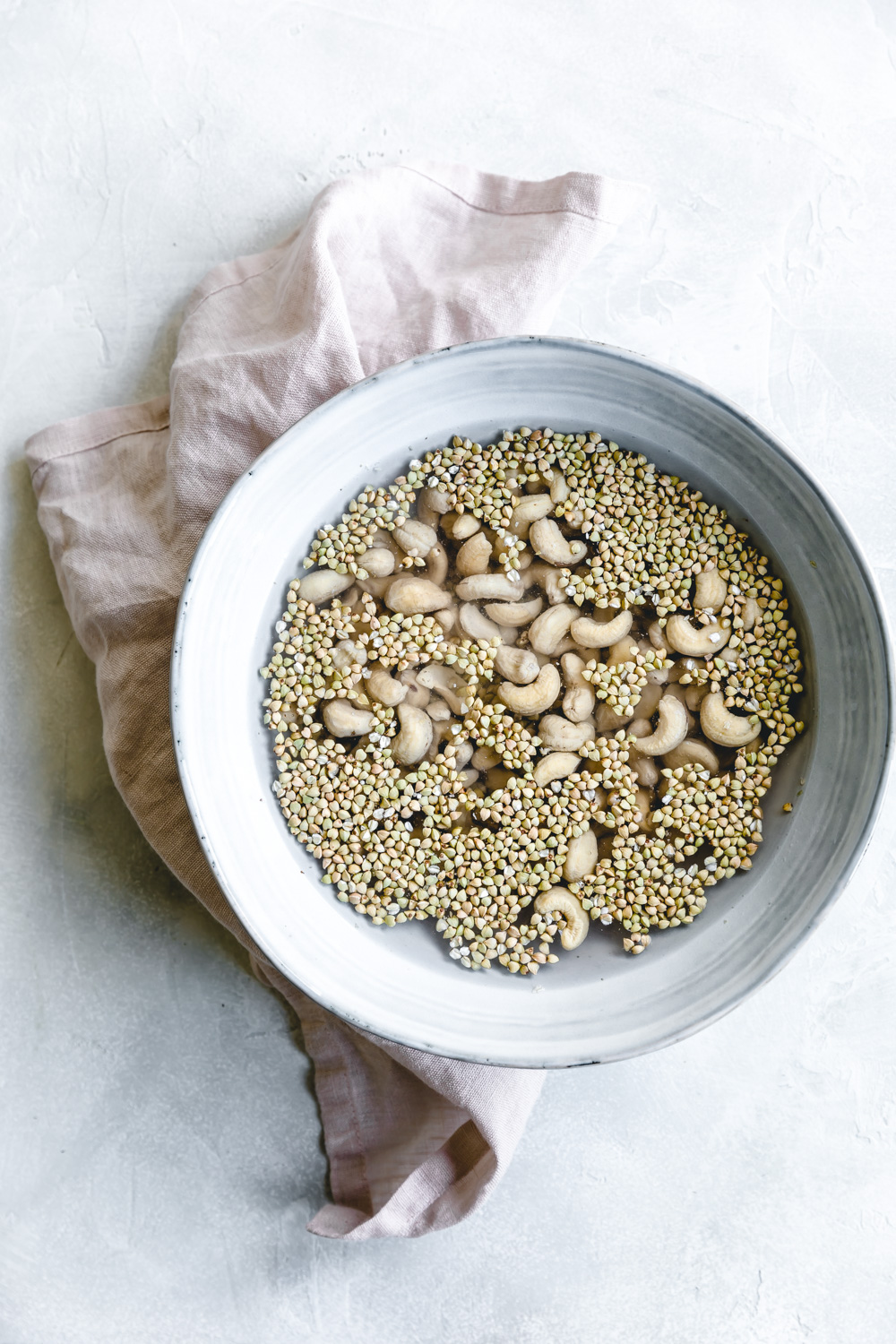 The rinsing will make sure your buckwheat groats are not so slimy anymore, so don’t worry about that part. 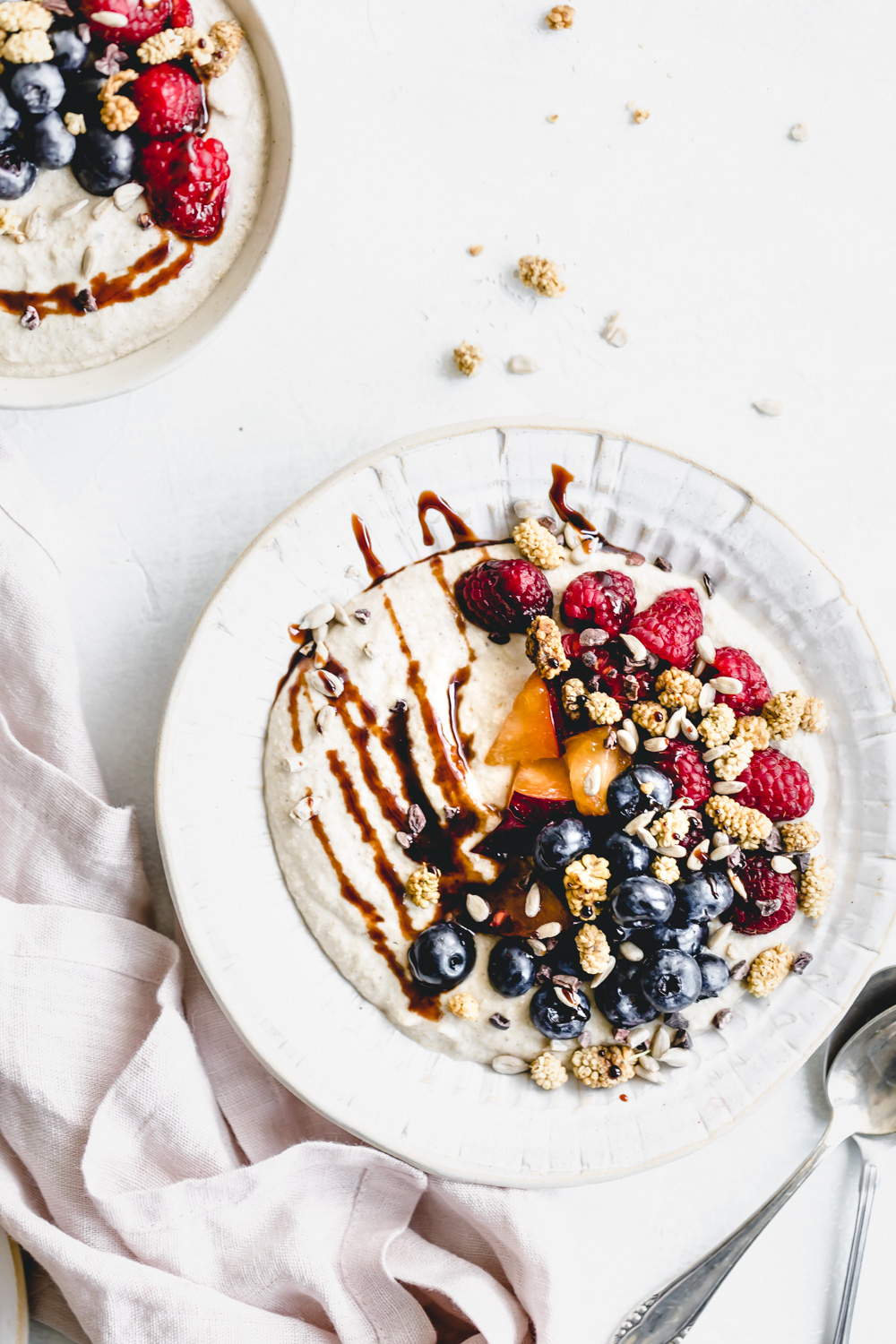 Is it necessary to soak buckwheat?

The reason why some always soak their grains and buckwheat is to make it easier to digest.

The great thing about this recipe is that you can vary endlessly with the added fruits. Like in my earlier recipe, where I added apples and walnuts to the soaked buckwheat groats. The other great thing about this recipe is that it becomes a creamy buckwheat porridge without any extra ingredients to make it creamy. Once blended, the soaked buckwheat will turn into a delicious thick creamy porridge consistency.

This creamy raw buckwheat porridge is easy to make ahead, it’s (of course) vegan, but also gluten- and grain free.

Why should I soak buckwheat? 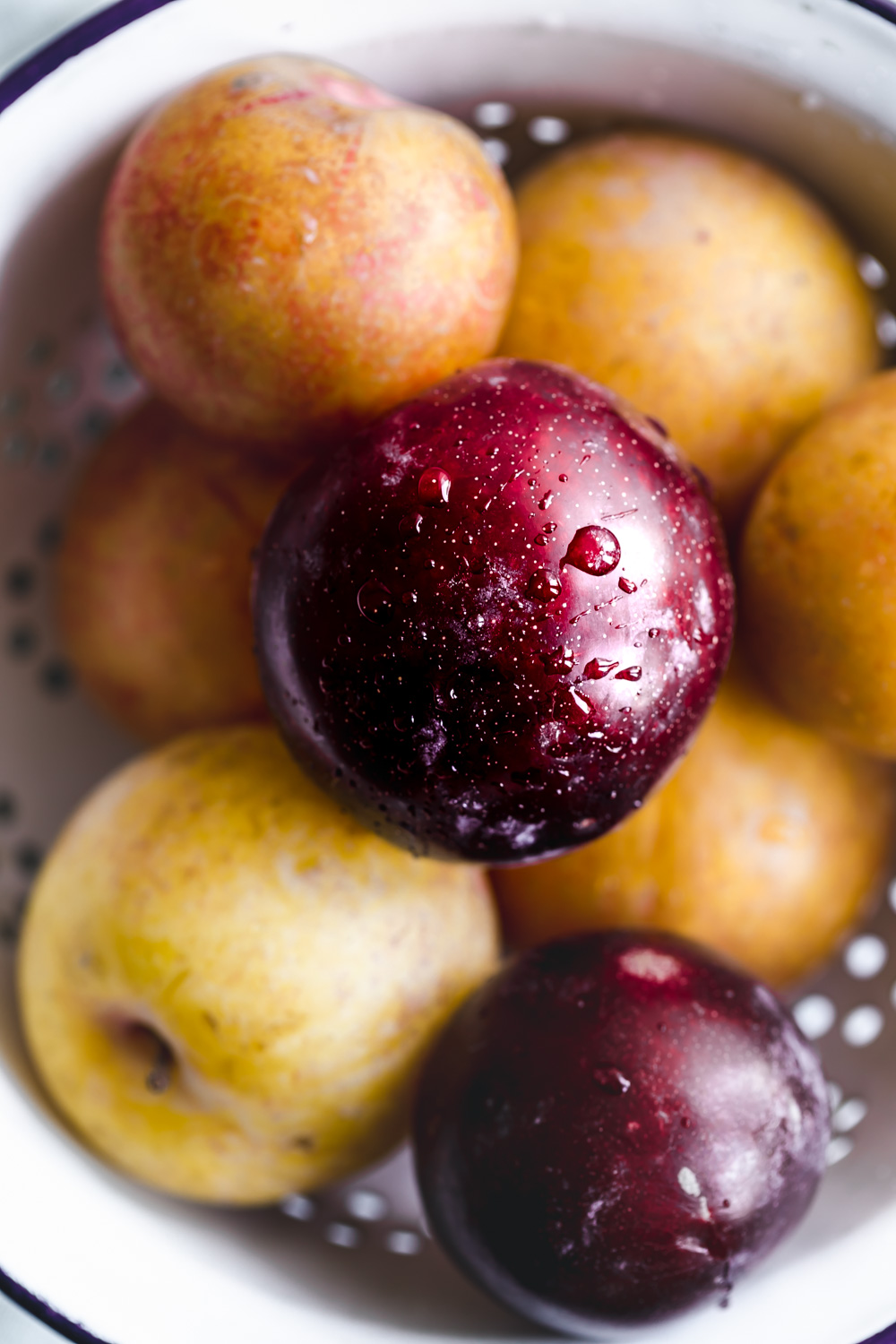 The toppings will make this breakfast porridge irresistible. I love to add blueberries, raspberries, more plums, mulberries, sunflower seeds and cacao nibs. Easy to make, easy to absorb and a true morning treat.

To make this porridge ahead you could even blend it the night before (after soaking all day) and then only top in the morning with your favorite toppings. You could also make a bigger batch for the upcoming week. These porridge’s can be kept covered in the fridge in a glass jar for about 3 days. It also makes a great breakfast on the-go. 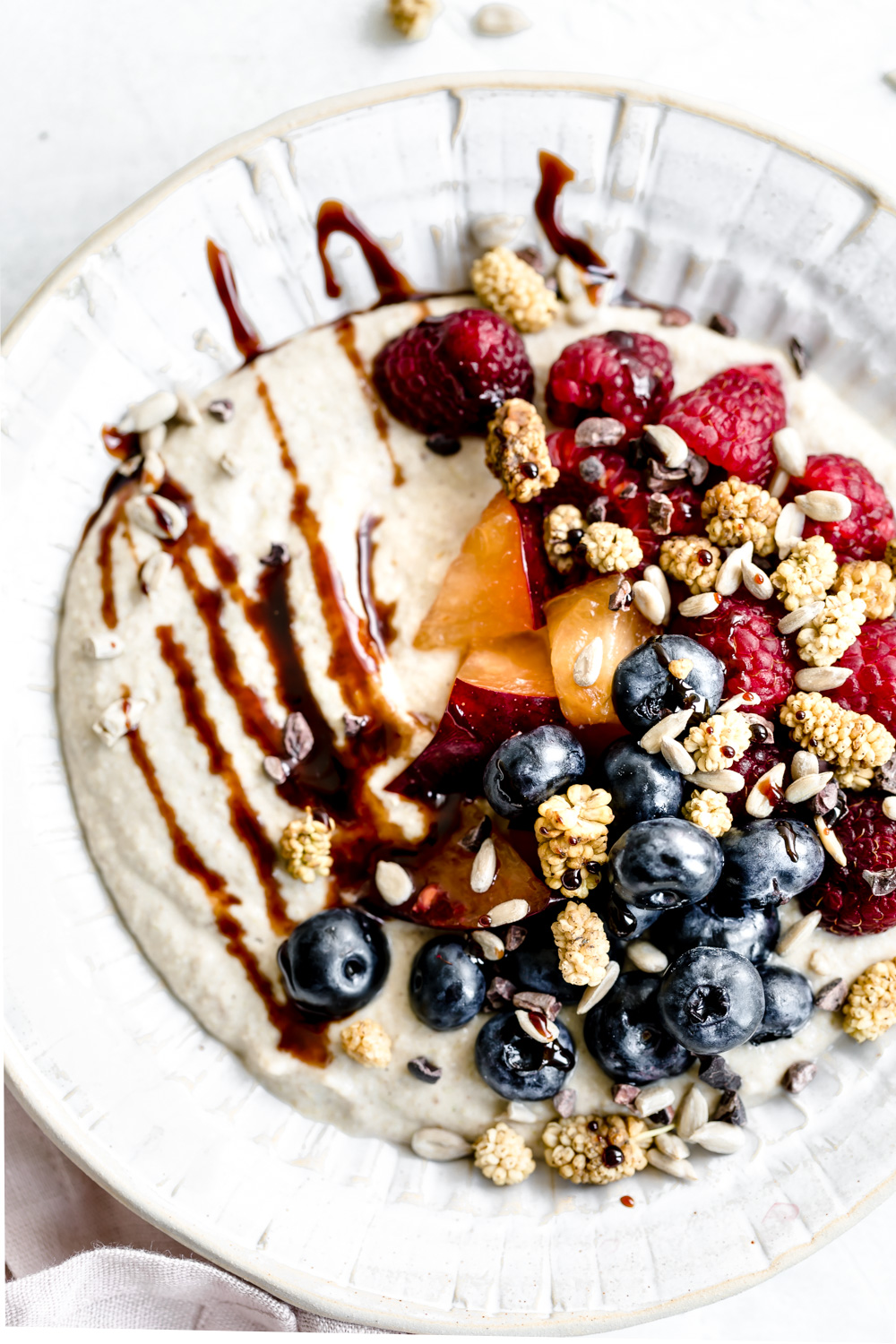 Raw buckwheat porridge with fresh plums is a great way to start your day and also perfect to make ahead.  Top the porridge with your favorite toppings and serve cold.

Toppings
(frozen) berries, such as raspberries and blueberries
fresh fruits, such as apples and plums
sunflower seeds
cacao nibs
mulberries

Place buckwheat and cashews in a big mixing bowl and cover with water. Let soak for minimum 4-6 hour or overnight. Rinse and drain. Place all ingredients in a food processor or blender and blend until smooth. An immersion blender works also well with this recipe.

Top with fresh or frozen berries, plums, cacao nibs, mulberries, and sunflower seeds. Or any other topping you like with your porridge. Other ideas are nutbutters, coconut flakes, slivered almonds or goji berries.

Want to save this recipe later? Pin the recipe to your Pinterest boards: 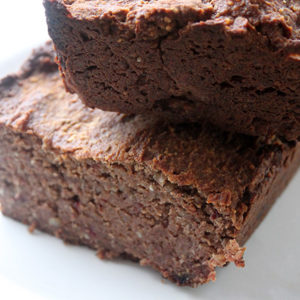 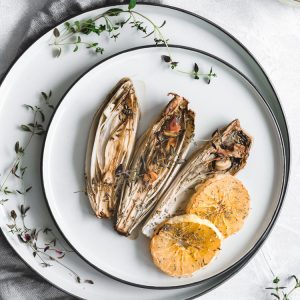 Roasted Endive with Orange and Garlic 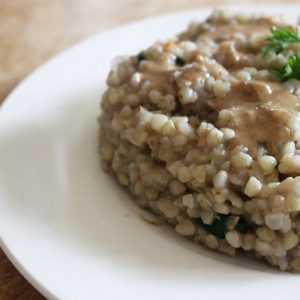