In autumn you can’t miss out on the typical fall produce such as pumpkin, apples and squash. However, in Eastern European countries during fall, the peak harvest time for red peppers, it is the smell of roasted red peppers on the streets that indicate fall has arrived. A traditional dish is for example Ajvar, which is a chunky mix of roasted red peppers and eggplant.

I will be sharing a different recipe with you though. Not only because of the good memories, but also because it’s so delicious. It’s also a perfect way for me to consume lots of fresh garlic. Mixed with olive oil and vinegar, the peppers become a sweet, smoky and garlicky goodness.

It’s healthy, very delicious and will leave your kitchen with a typical dusky, smoky fragrance. And guess what, it isn’t too difficult to make from scratch.

How to combine with other food?
Normally, these peppers would go perfect with a heavier meal with meat. However, also healthier (vegan) options are endless. You could eat these as a side dish, with a salad or on bread or (raw) crackers. You could toss it with quinoa or soba noodles, adding olives and nutritional yeast for a quick meal. For a even more Mediterranean-style, serve them with cold salads like hummus, tabbouleh and baba ghanoush.

You will need the following: 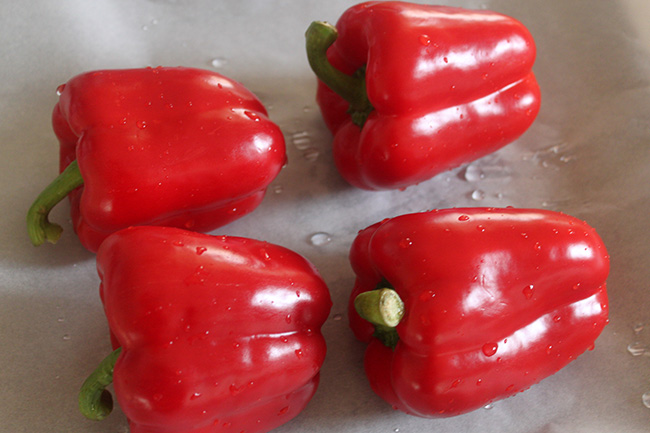 After you have rinsed the peppers, place them still wet in the oven on 165 F. Keep an eye on them and turn them every 10 to 15 minutes so the will get roasted evenly. You can also choose to roast the paprika’s over charcoal or a gas flame. I baked them in the oven until the skin became blistered and darkened (mostly after 40 to 45 minutes). 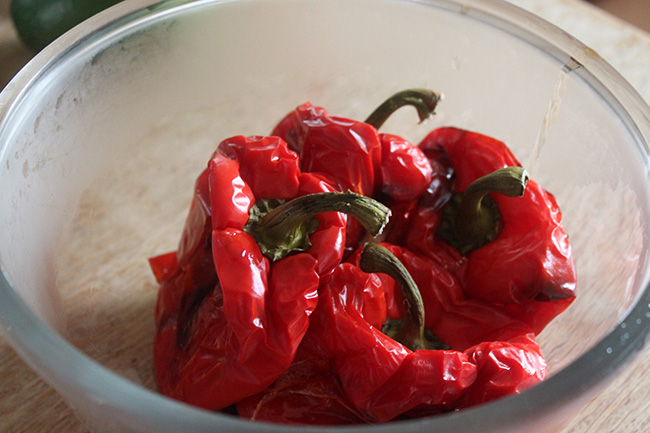 After that place them in a bowl and cover the paprika’s so they can steam in their own heat for 10 minutes.

Peel off and discard the skin along with the stems and all the seeds.

Place the clean roasted peppers in a bowl or jar and add the oil, vinegar, garlic, water, salt and herbs. Mix gently. 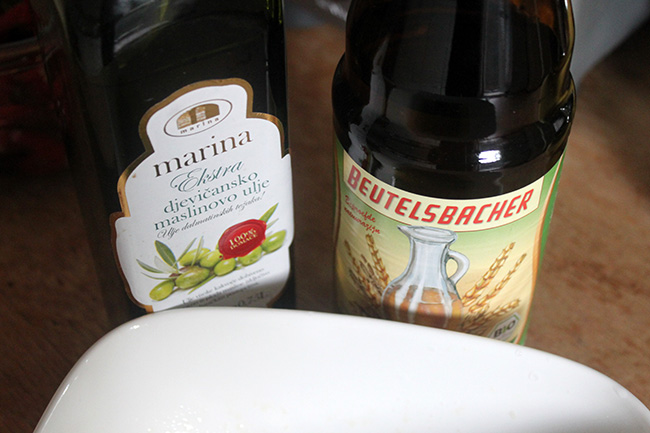 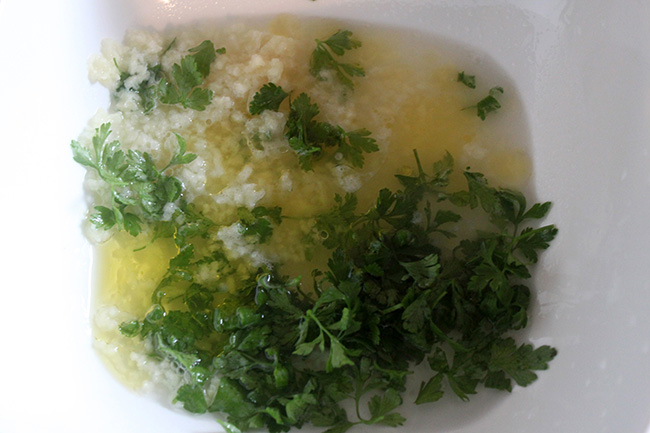 The next day they tastes best, but I can never wait that long ….

You can keep the red peppers in the fridge for up to 5 days. 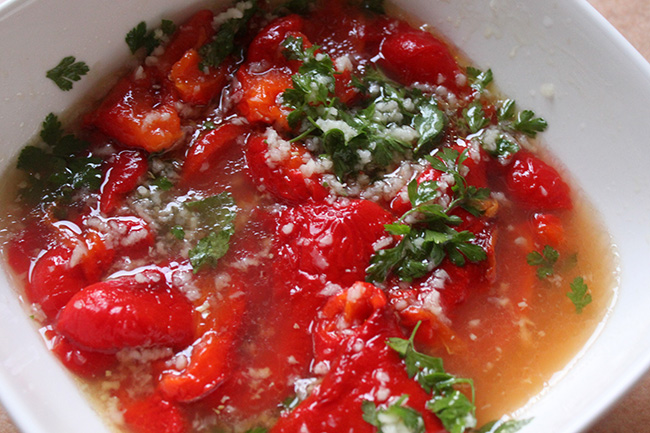 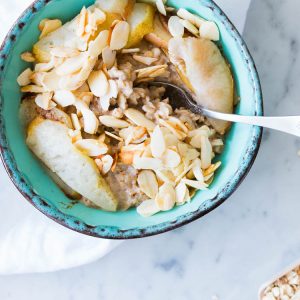 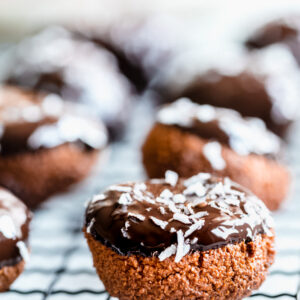 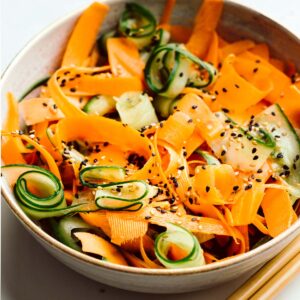