This golden milk recipe is a creamy, easy one serving size recipe with ginger, turmeric, and a whole food fat instead of an oil. The perfect balance between spicy and sweet. A delicious comforting health promoting drink. This warming drink will only take a few minutes to make. 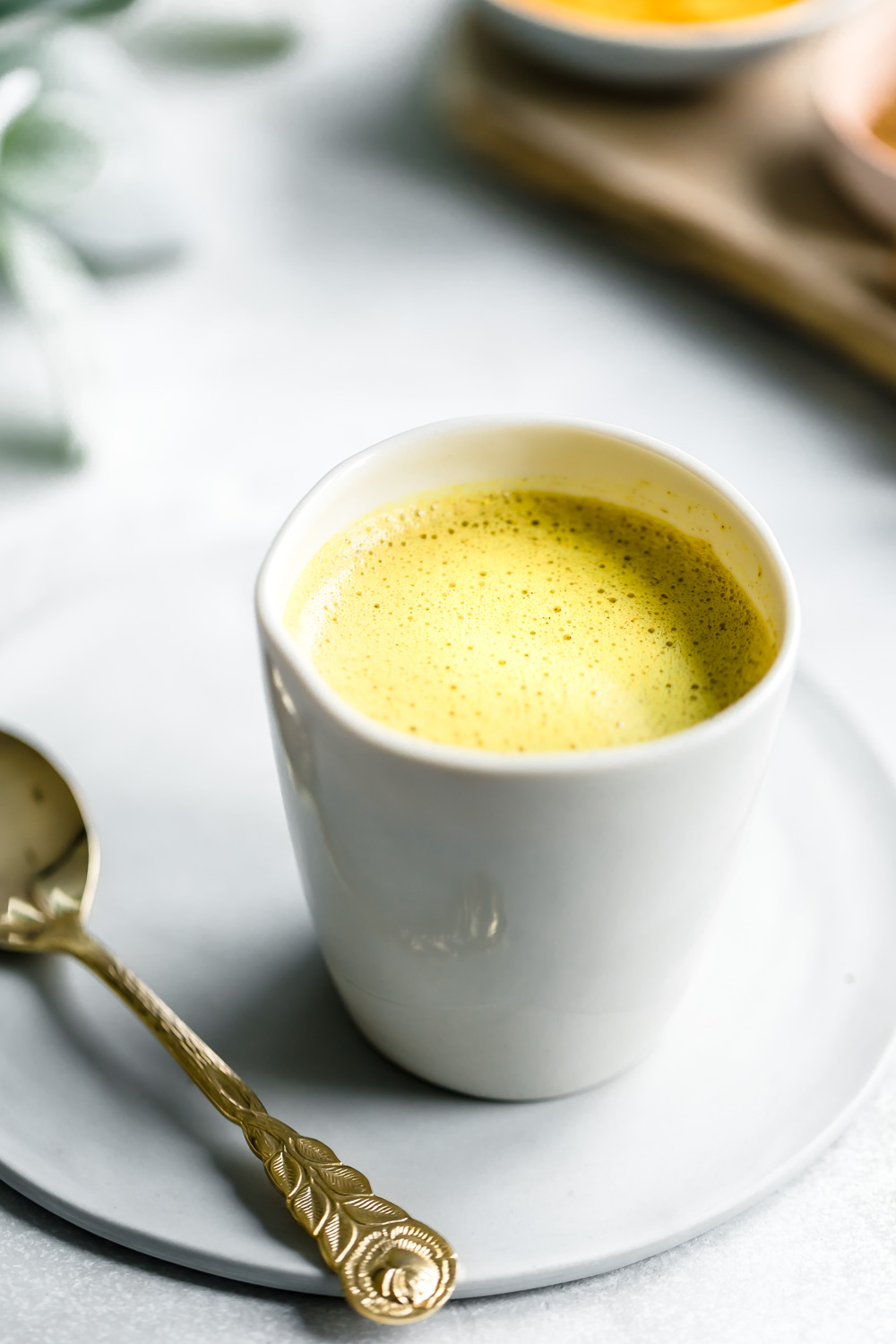 I have been making this golden milk recipe for almost a year now, so it is due time to share my favorite one serving go-to recipe with you.

You have probably tried golden milk or a turmeric latte before. These days, you can order golden milk in most places. But homemade is always tastier. This recipe is not too sweet, and not too bitter. And it is filled to the brim with healthy ingredients.

This version is my favorite golden milk recipe and a well needed upgrade from my old turmeric milk recipe. Not only is this recipe the perfect serving size, but since I drink it quite a lot I wanted to keep it oil-free. 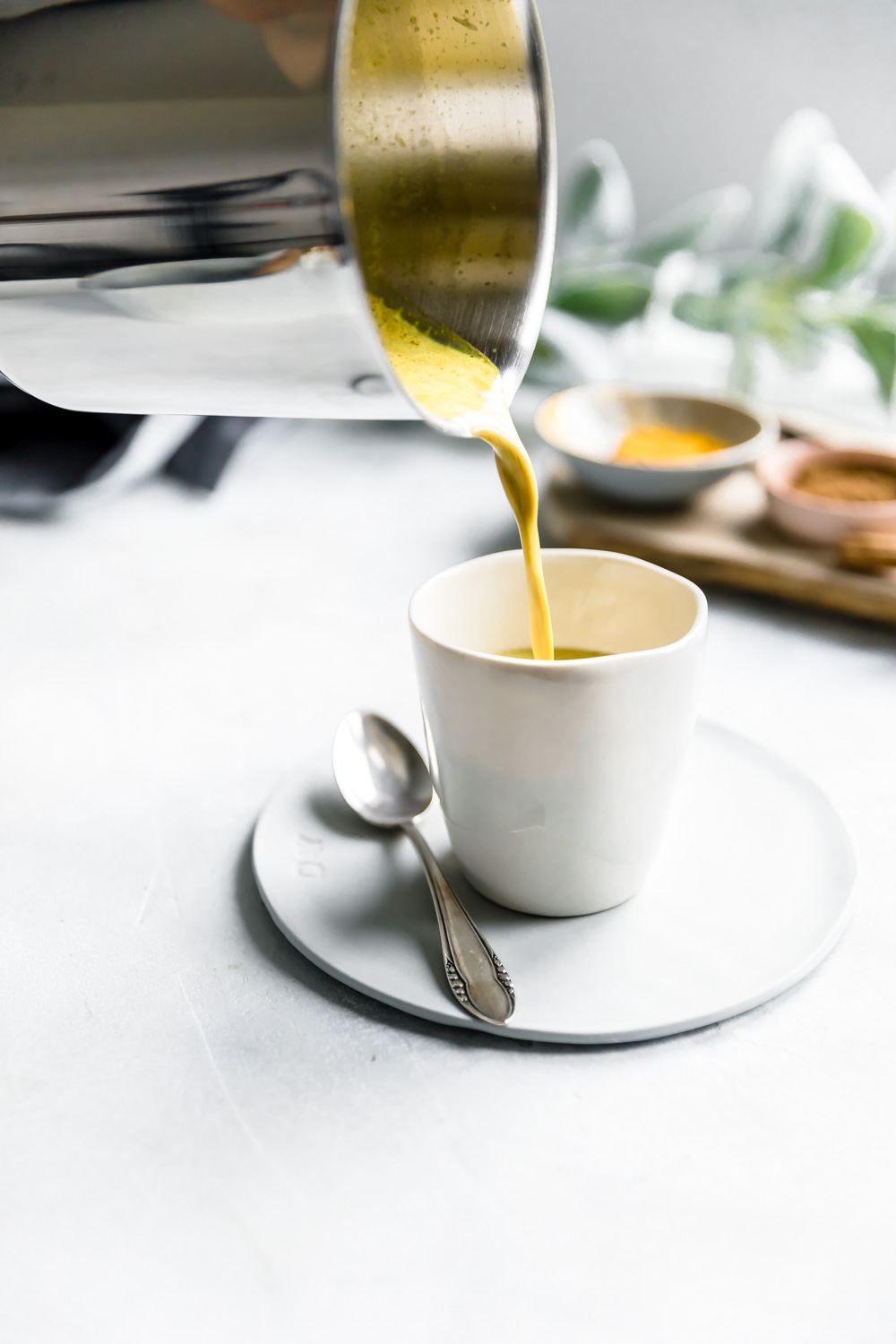 WHAT IS GOLDEN MILK

Golden milk is a delicious beverage, that is popular for its health benefits. It is a creamy (dairy-free) hot drink. Golden milk is popular due to its anti-inflammatory properties. In the evening this is a lovely and warming drink and at the same time also health promoting.

”Healthy” is a subjective term. I personally think golden milk will be less healthy when prepared with a crazy amount of sugars and oils.

Golden milk is a traditional Indian drink with roots in Ayurveda. In the base this recipe is a mixture of hot milk and ground turmeric. I personally have never heard of a golden milk recipe that is not vegan (made with dairy milk).

Golden milk became popular when foodies promoted this recipe as an anti-inflammatory and healing drink. What makes this drink so health promoting? Mostly the curcumin found in turmeric combined with a fat and black pepper. 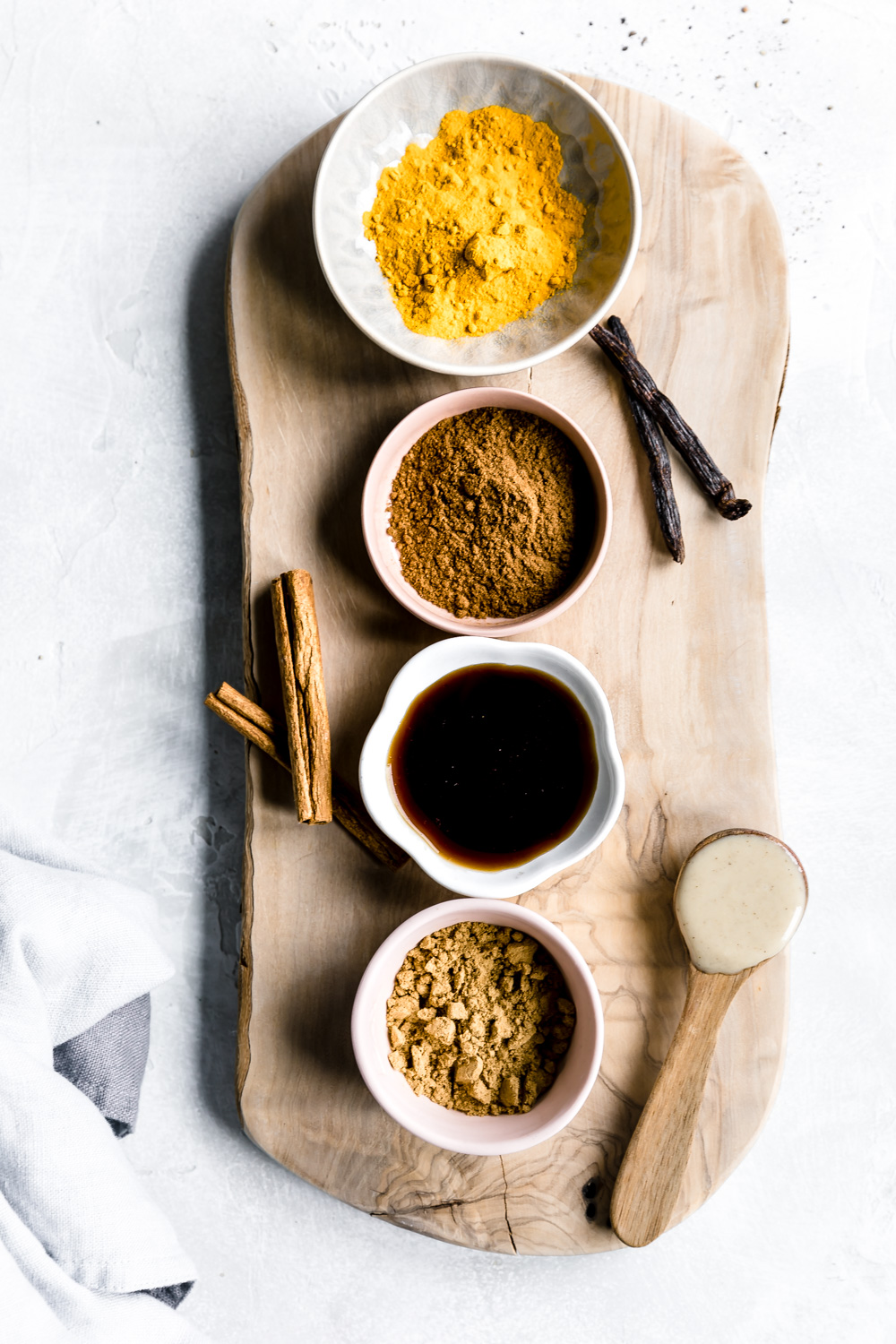 MY GOLDEN MILK VERSION (NO OIL)

My golden milk version is simple and for one serving. You will only need 8 ingredients, 1 pot, and a few minutes. You probably already have all these ingredients in your kitchen cupboard. Because it is so easy and quick to make, it will probably also become a daily ritual for you too. I love it!

I know that in a traditional golden milk recipe, an oil (such as coconut oil) will almost always be one of the ingredients. The reasons is that a fat makes it easier for the body to absorb the turmeric. I don’t know if that is totally true, but since I’m having this drink so often I wanted to make a less oily version. So instead of a pure oil as a fat, I’m using a whole food fat such as a cashew butter instead. This will make this drink also creamy.

Do you wonder why in the world you would add black pepper to a drink? Apparently for the same reason, as black pepper makes the curcumin in turmeric easily absorbable. 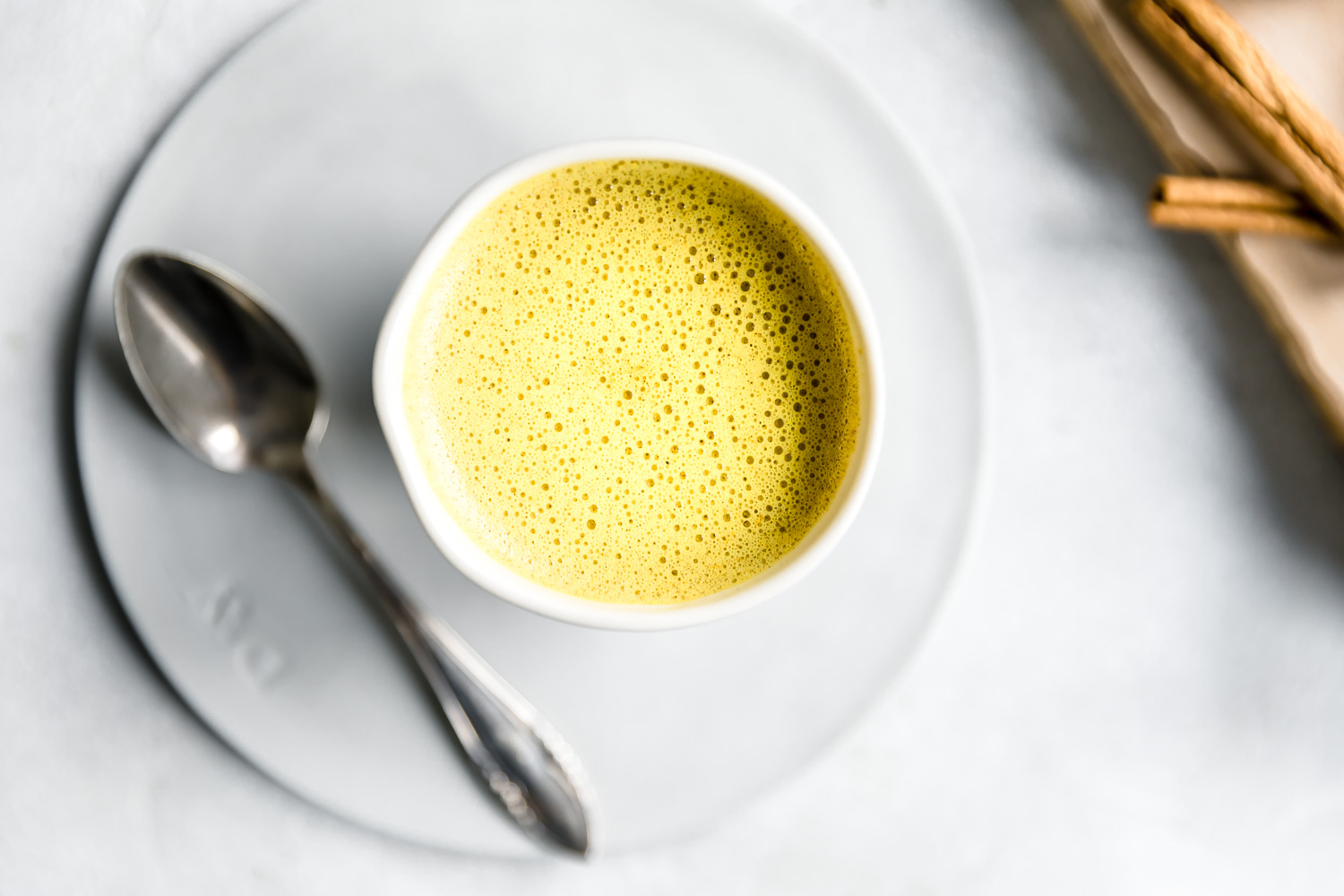 One ingredient you will want to use, is a sweetener. I typically go for date syrup, but any other sweetener will be great too such as coconut sugar, xylitol, stevia or maple syrup.

Why you should make your own Golden Milk at home? Because this recipe is:

This easy golden milk recipe became an evening ritual for me as it only takes a few minutes to make. The taste and health benefits are of course also a bonus!

If you want to introduce more turmeric in your life than a recipe like this ”Roasted Cauliflower ”Steak” with Turmeric Bean Dressing” is also great to try.

Are you going to jump on the Golden Milk bandwagon with this simple one serving size recipe? If you try this recipe, let me know by leaving a comment, rating it, or tagging a photo #thegreencreator on Instagram. 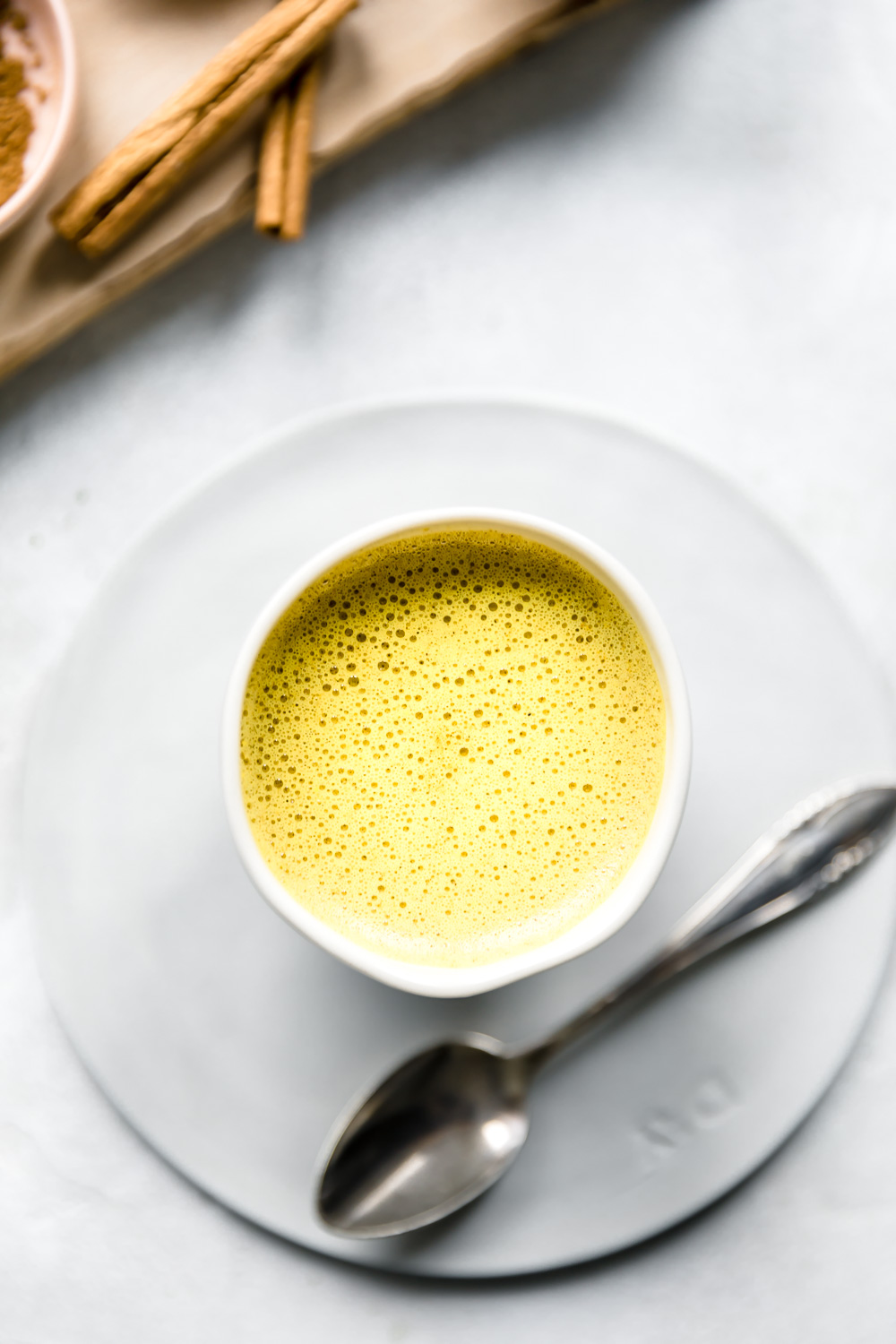 This golden milk recipe is a creamy, easy one serving size recipe with ginger, turmeric, and a whole food fat instead of an oil. The perfect balance between spicy and sweet. A delicious comforting health promoting drink. This warming drink will only take a few minutes to make.

I use a milk frother to whisk to combine while I heat the milk up over medium heat. Heat up for about 4 minutes until hot, but not boiling. Whisk frequently.

Turn off the heat and taste to adjust the taste if necessary. Add more sweetener to taste or more turmeric or ginger for a more intense flavor.

Fresh is best, but any leftovers can be kept covered in the refrigerator for 2 days. Reheat on the stovetop until warm. 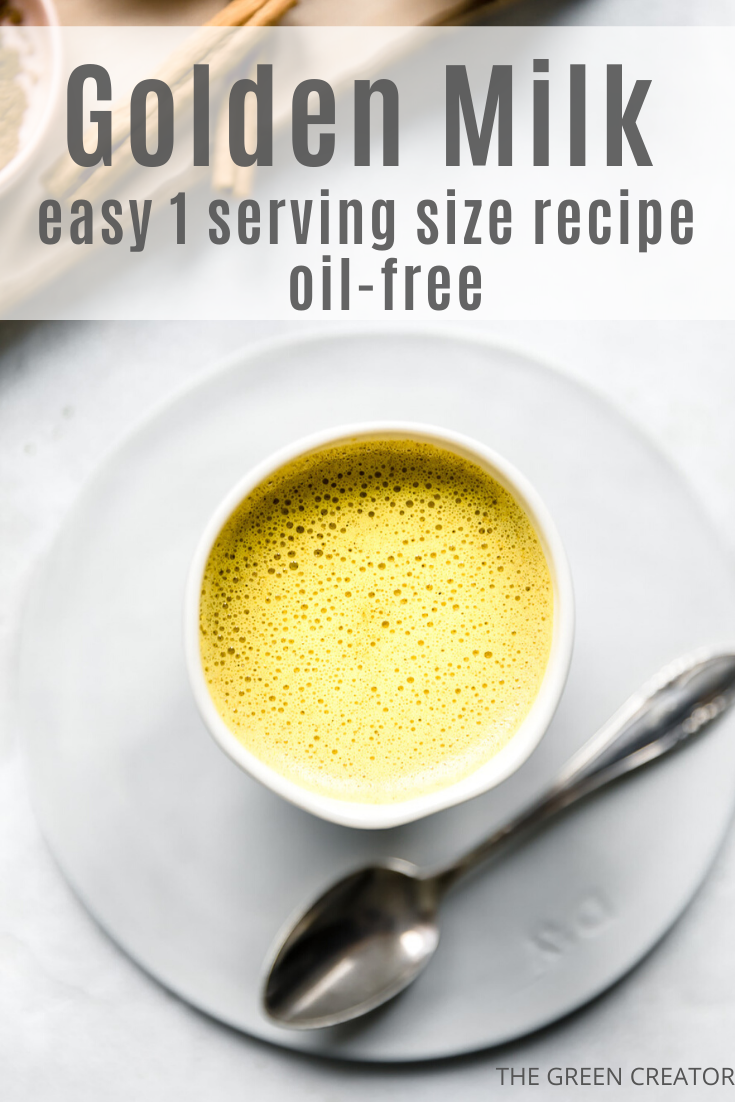 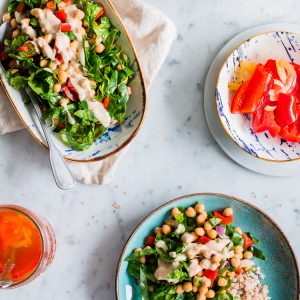 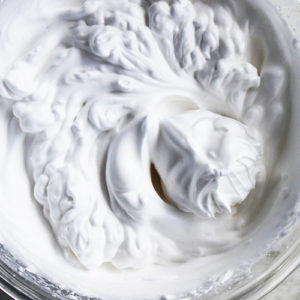 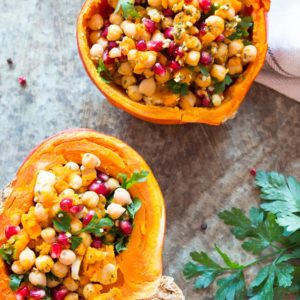