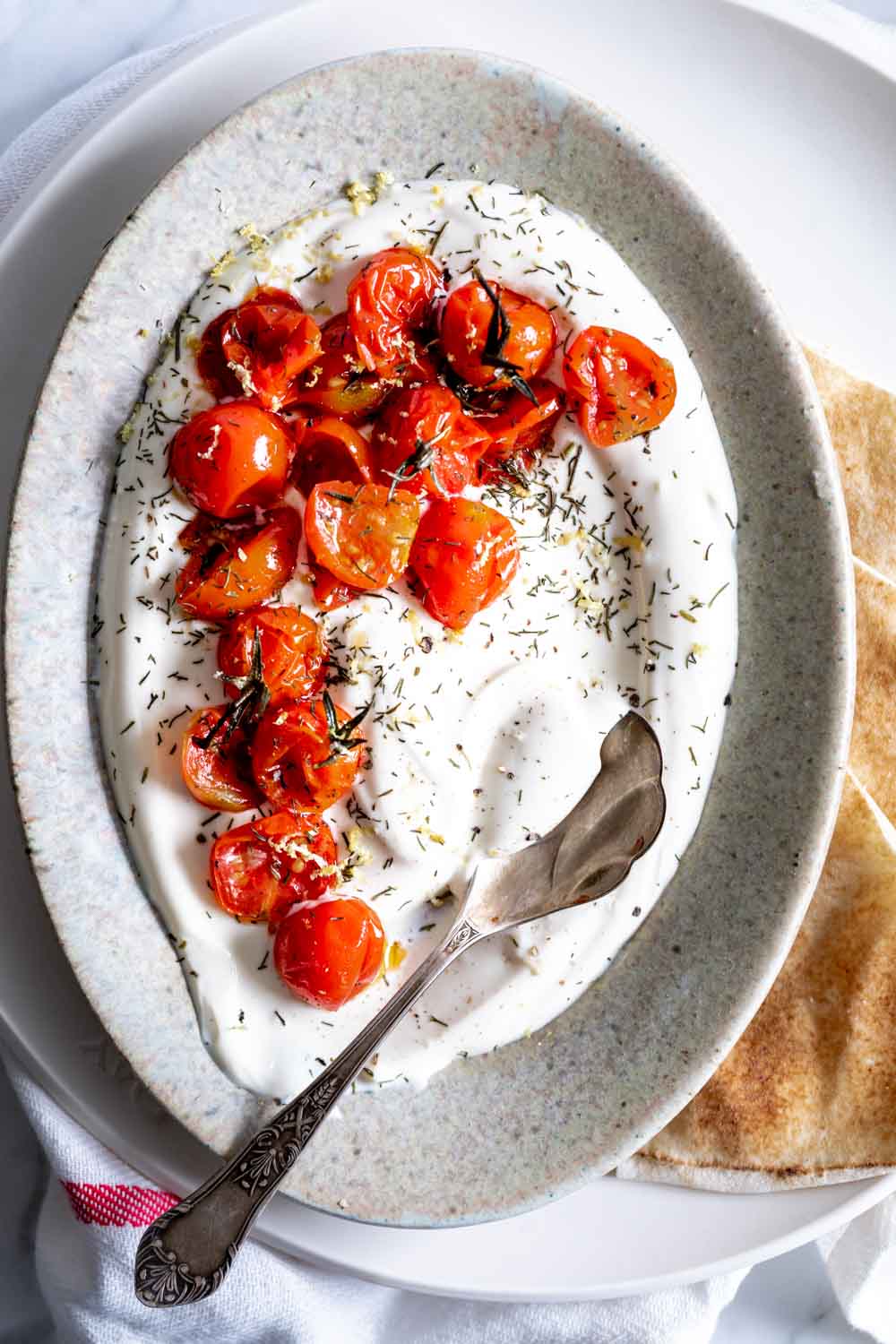 Have you ever combined tomatoes with cold yogurt? Well, apparently I have been living under a rock all the summers of my life, because prior to this summer I have never heard of one of Ottolenghi’s  tomato yoghurt recipe from his cookbook, SIMPLE : charred cherry tomatoes with cold yoghurt. This recipe is the perfect dip, side dish or mezze. 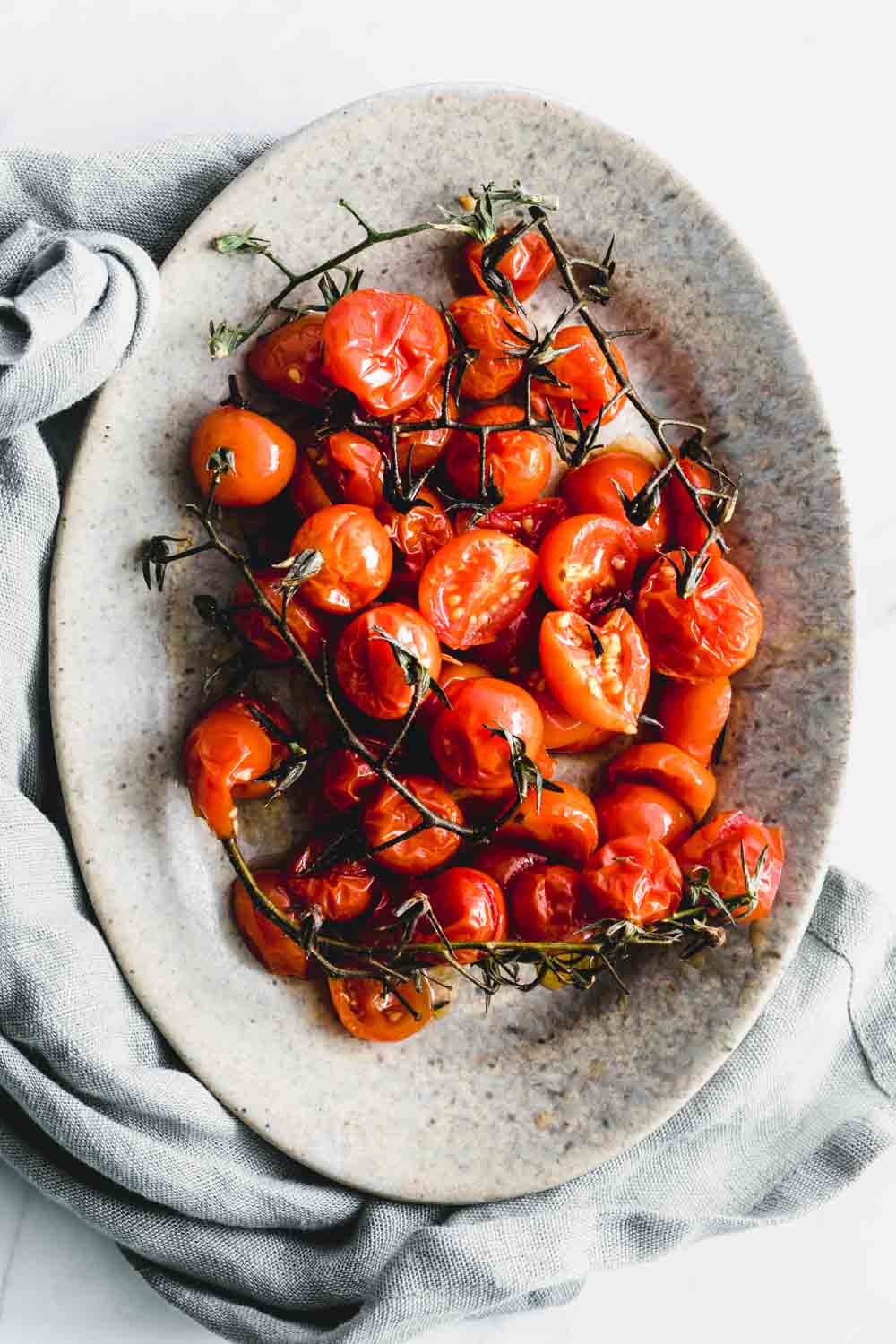 Just before summer started this year I watched an episode of ”Somebody Feed Phil” on Netflix where Phil (Philip Rosenthal) visited Ottolenghi. One of the recipes that were served was a recipe with charred tomatoes and cold yogurt. How brilliant! I knew immediately that this recipe must taste amazing!

This past summer I have been making this recipe at least twice a week to serve for lunch or as a side for dinner. Not only because it is easy, but it’s also delicious and I was able to get my hands on the most beasutiful organic cherry tomatoes all summer long.

All you have to do is roast or grill the cherry tomatoes until they start to boil and sizzle. They shouldn’t fall apart, but be sizzling hot. Then spoon the grilled tomatoes over a bed of cold yogurt. That is the basics of this recipe. Indeed: simple!

This is one of those recipes that you will probably end up making again and again to have as a starter or part of a mezze for dinner or lunch. 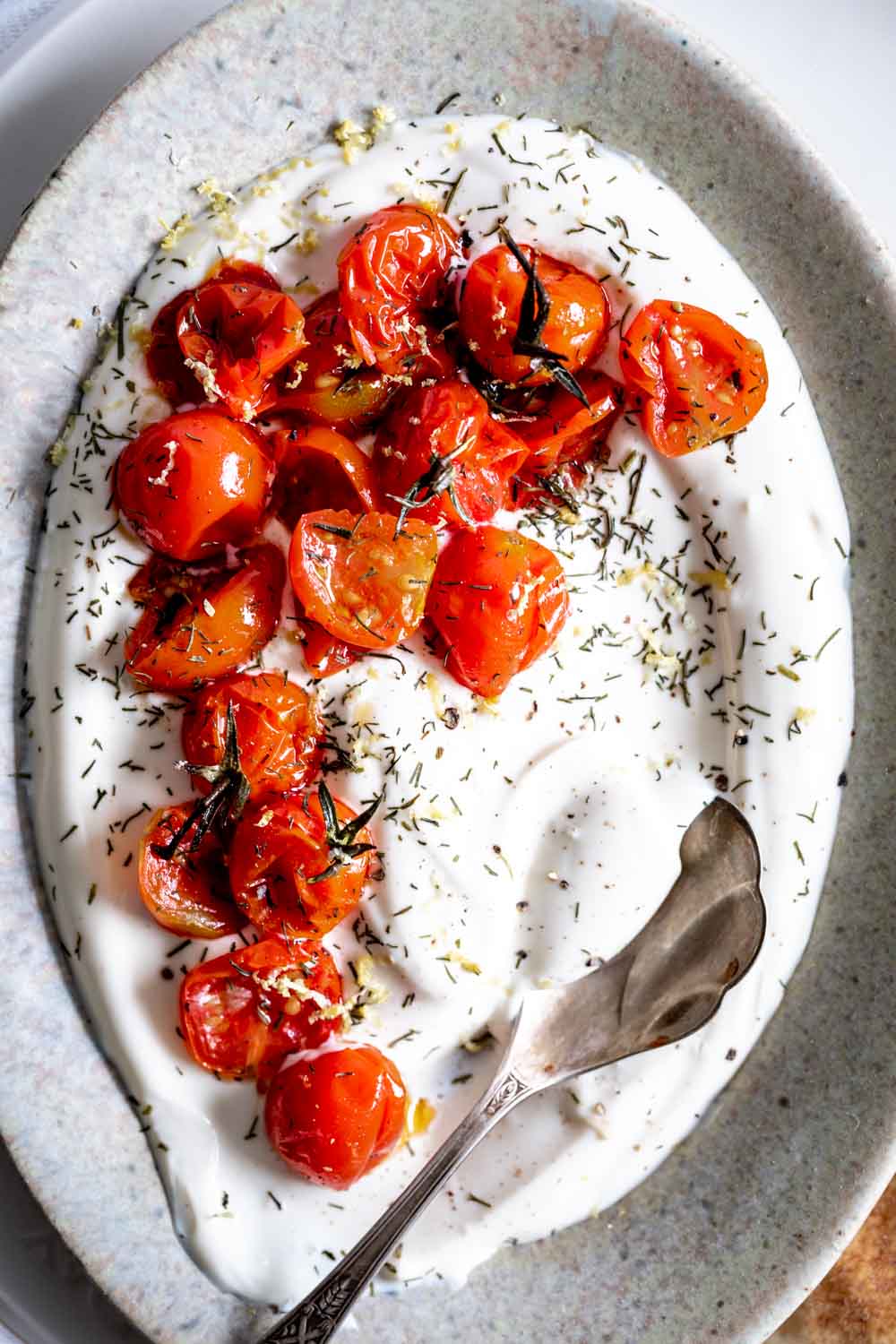 When I experiment with recipes I like to play with textures and flavors: crunchy and juicy, hot and cold, sweet and savory. A contrast in taste or texture is what can take a recipe to the next level.

If you ever find a recipe boring, try to add a contrasting flavor or texture and see what it does.

Served with a delicious crunchy bread this recipe will have a beautiful contrast with the juicy cherry tomatoes. You can find the recipe for this bread here, but then I made it as a flat bread instead of a dinner roll.

The contrast in temperature gives this recipe an unexpected but oh so delicious flavor. It’s almost as if the taste of yogurt and the taste of hot cherry tomatoes marry and change taste.

This is a contrast in flavors I like to use a lot for dressing recipes, such as these dressing recipes here. They balance out the flavor and make the dish taste just right. Juicy cherry tomatoes and coconut sugar have a sweet flavor and in combination with the acidity of the yogurt and the lemon zest it lifts this recipe to the next level. 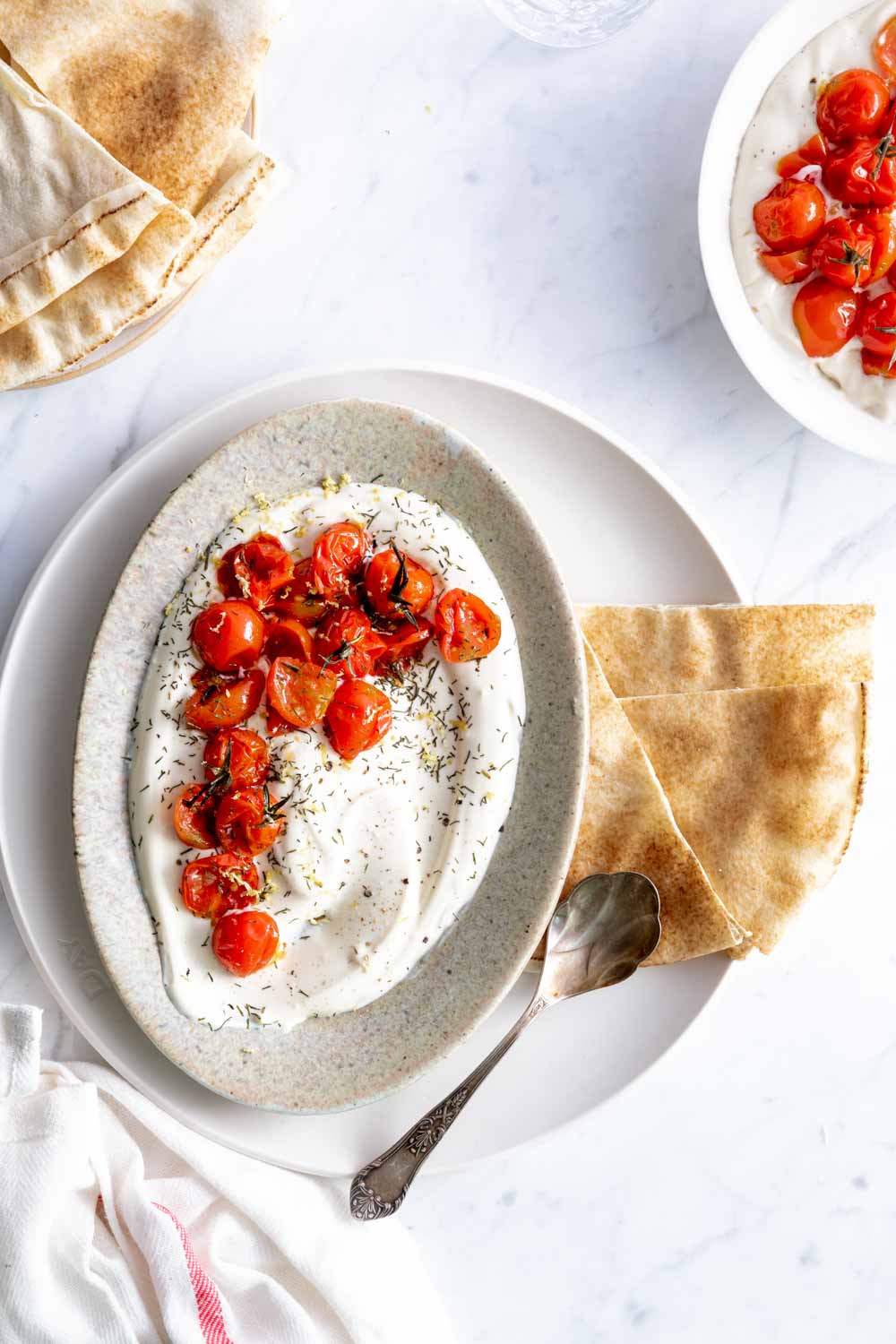 The only reason why I probably have never heard of Ottolenghi’s combination of charred tomatoes and cold yogurt before is because I’m a little bit intimidated by Ottolenghi’s ingredients lists. They are known to be quite extensive. His book SIMPLE (including this recipe) is very accessible.

While summer is still here I hope this recipe will become your new favorite summer recipe. Give it try and come back to me to let me know what you think by rating this recipe and leaving a comment. Also, let’s connect on Instagram #thegreencreator, Facebook or YouTube! 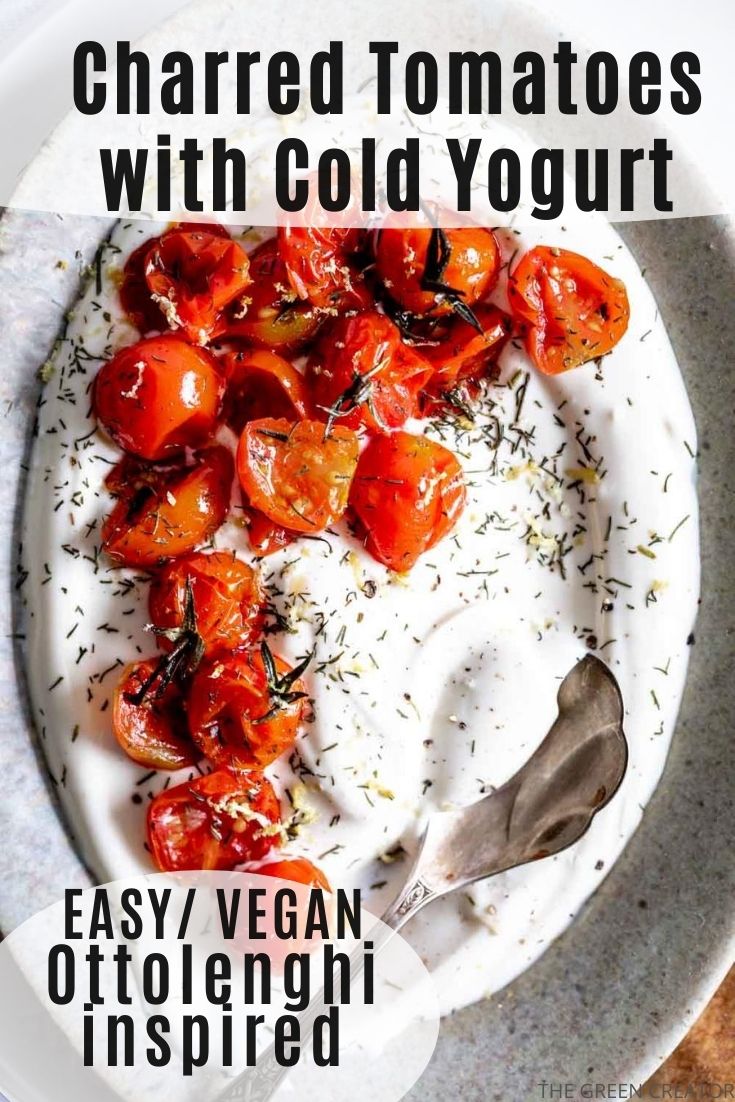 Put the tomatoes in a lined baking dish that’s large enough to fit them all closely. This is important for the tomatoes to be able to broil.

Add the cumin, coconut sugar, garlic, thyme, oregano sprigs, lemon strips, a pinch of salt and a good grind of pepper. Toss together with your hands.

Roast for 20 minutes, until the tomatoes are beginning to boil and blister. There could be liquid bubbling out of the tomatoes.

Then then turn the oven to the grill setting and grill for 2-4 minutes. If you use oil in this recipe you could even grill them about 7 minutes until they start to blacken on top.

Meanwhile mix the yogurt with the grated lemon zest and salt, then return to the fridge.

When the cherry tomatoes are done, spread out the cold yoghurt on a large plate or shallow bowl. Gently spoon the hot cherry tomatoes on top, as well as their juices, lemon peel, garlic and herbs.

Serve immediately with the remaining oregano and chili and preferably with crusty (flat) bread or crackers.

*The original recipe call for light brown sugar instead of coconut sugar.

Also, the original recipe call for 3 tablespoons of olive oil. But since I don’t use any oil in  my cooking at home I skipped this. I made sure my cherry tomatoes were juicy and slightly wet and they came out pretty well. If you would like your cherry tomatoes to be more charred, then coat the cherry tomatoes with oil before roasting them.

**this recipe is modified to a vegan version. The original recipe calls for 350 grams extra thick Greek-style yoghurt. As a vegan replacement coconut yogurt will be the thickest one and probably (texture-wise) the best to use for this recipe. However, I personally find soy yogurt a better match with the charred cherry tomatoes. 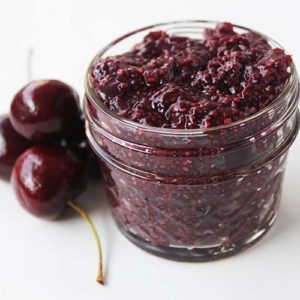 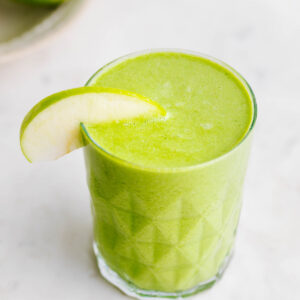 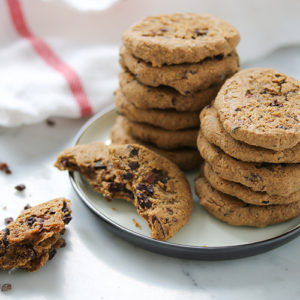