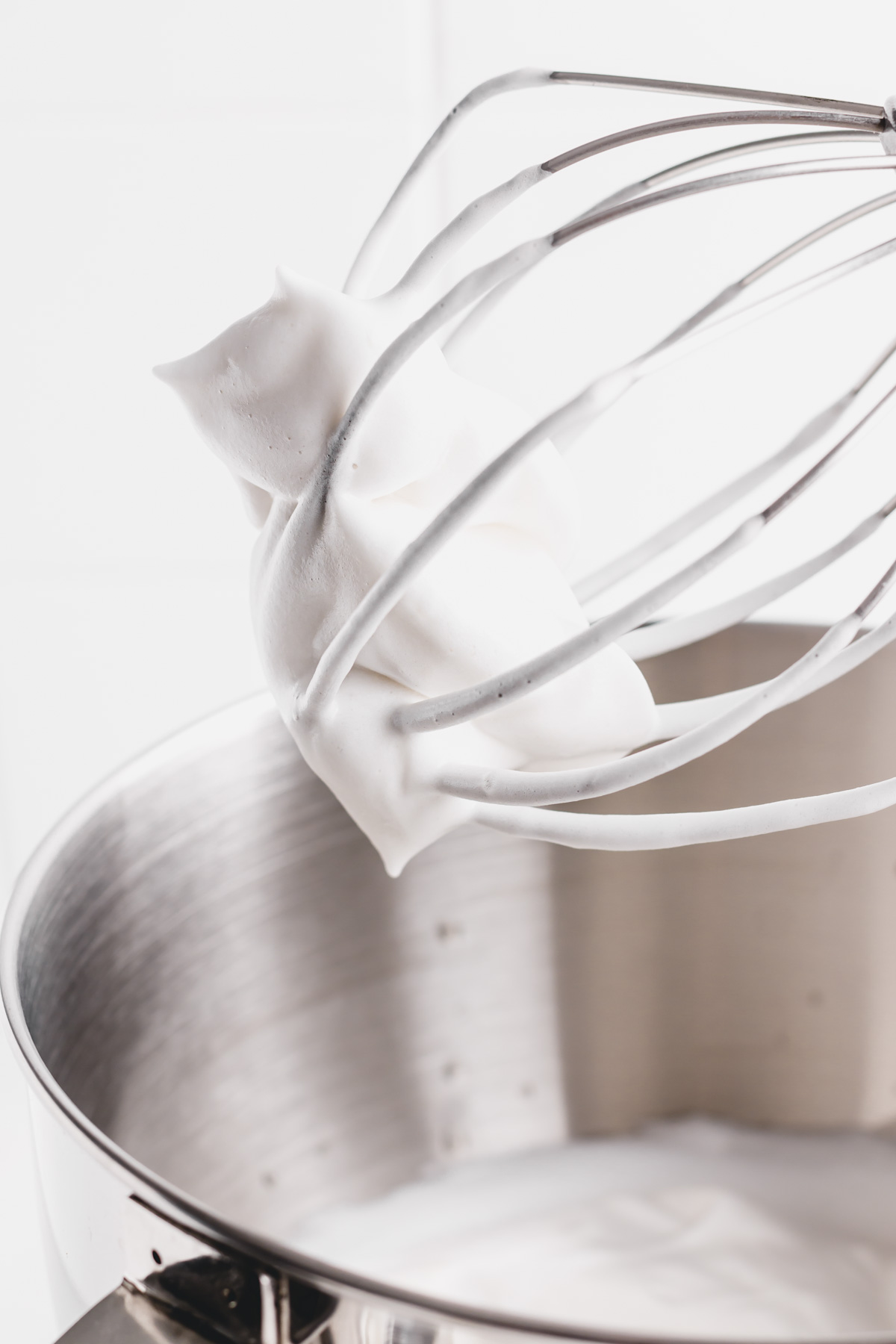 This easy vegan whipped cream is probably the healthiest whipped cream ever. It’s made without any coconut (fat). This recipe is versatile, light and fluffy, and whipped in less than 5 minutes.

When you think aquafaba is quite a big thing for vegans and anyone avoiding dairy, enter: no coconut vegan whipped cream. With just a few ingredients and a few minutes, you can see the ingredients transform into a fluffy whipped cream.

Since it’s already September I wanted to experiment a bit with different kinds of whipped cream recipes. A delicious light whipped cream is so delicious with this chocolate drink, or this apple crisp.

Of course, there is nothing wrong with a good coconut whipped cream. It holds well and is also very versatile and super fluffy and creamy.

But you do need to prepare a bit. You will need a can of coconut milk or cream and keep it upside down in the fridge for at least 6 hours or overnight. Then all you need to do is scoop out the cream and whip it with a sweetener. Very simple and effective!

My issue is that I don’t always have coconut milk at home. Although I should, if only for this curry recipe. Also, I’m the person who forgets to put it in the fridge the night before. Then there is also the problem that some brands work better than others, so I also need to have a specific coconut milk at home.

What I do have at home at all times is a glass jar of organic chickpeas. I use chickpea brine to make aquafaba to make recipes more fluffy, such as for this banana bread recipe.

You can read all about aquafaba in this article, but my main tip is: don’t fear bean water. It seems an awful ingredient to use, but it is such a great vegan kitchen trick for so many recipes, including whipped cream.

How can whipped cream be with absolutely no fat? You can cook your chickpeas and use the water or buy cooked chickpeas in a can or glass jar. While chickpeas are cooking, they release carbs, proteins, and saponins. All that turns into a foamy substance when whipped.

It’s a lot of fun to make and work with.

THE DIFFERENCE WITH OTHER WHIPPED CREAMS

While vegan whipped cream is amazing and very versatile to use, there is one thing to keep in mind.

When compared to homemade coconut whipped cream, this whipped cream is lighter and fluffier. It’s also very consistent regardless of how you get the chickpea brine (from a can, from a jar, or home-cooked chickpeas).

All in all, considering the taste, accessibility, price, and also how easy it is to make I would choose the aquafaba whipped cream. It is also the healthiest option of all.

HOW TO MAKE VEGAN WHIPPED CREAM WITHOUT COCONUT

Once you have chickpea brine the recipe is pretty straightforward. For convenience, I use chickpeas from a glass jar.

Drain the liquid into a large bowl and make sure all chickpea water is drained. Of course, do not toss the chickpeas. Keep them for later.

Add 1 teaspoon cream of tartar to the chickpea brine.

Slowly begin to beat the liquid with a standing mixer (see recipe notes for a hand mixer).

After about 30 seconds, turn the speed to high and let it whisk until stiff peaks form. This can take about 4 minutes.

Also, add in the sweetener and vanilla. This can be any sweetener, but it should be a powdered one to avoid a grainy texture in your whipped cream.

It’s important to look at the texture, rather than count the minutes. Your standing mixture could take longer or it could be much faster. You want to create a light, fluffy texture with stiff peaks.

For this recipe, I use about 3/4 cup of chickpea water and I ended up with about 5 cups of whipped cream.

HOW TO STORE VEGAN WHIPPED CREAM

This vegan whipped cream must be stored and used properly. It is best to use it immediately. If you keep it in the fridge for later, it will lose its airy texture.

It is possible to store it in the freezer. But my recommendation is to serve it immediately.

WHAT CAN I USE VEGAN WHIPPED CREAM WITH?

Vegan whipped cream can be used just like regular whipped cream. It’s delicious with warm chocolate, ice creams, pies, and so much more.

If you give this vegan whipped cream recipe a try please be sure to give it a rating and leave a comment! And be sure to tag me on Instagram with your recreations!

This easy vegan whipped cream is probably the healthiest whipped cream ever. It’s made without any coconut (fat). This recipe is versatile, light and fluffy, and whipped in less than 5 minutes.

Drain the water from a can or glass jar of chickpeas into a large mixing bowl.

Keep the chickpeas for later as a snack or another recipe (hummus?).

One jar of chickpeas is about ¾ cup of liquid. If you have more or less chickpea brine, don’t worry. As long as you have half a cup of brine you will be able to follow this recipe and end up with a good amount of whipped cream.

Add the cream of tartar to thicken the whipped cream and make it fluffy and stiff.
Also, add in the powdered sweetener and vanilla.

Start whipping with a standing mixer for about 3-4 minutes.
Start at medium speed and increase after 30 seconds to high speed.
Whisk until you have a thick foamy texture with stiff peaks.

You can also use a hand mixer. It will take about double the time then, but the result will be the same.

Serve immediately to enjoy a fluffy thick texture. Any leftovers can be kept in the freezer and scoop out as much as you need.

¾ cup of chickpea brine should be about 5 cups of whipped cream.

When you look at any store-bought whipped cream you will notice that whipped cream is very sweet. So, for a store-bought-like experience, I use a 1 on 1 ratio aquafaba and sweetener, but adjust to your taste and use less (or even more) sweetener as you like.

The sweetener should be powdered to assure a smooth (not grainy) texture. If you want to use white powdered sugar, double-check if it’s vegan friendly.

You can use chickpeas from a glass jar, a can, or cooked from scratch. If you cook chickpeas, simply use the water you cooked the chickpeas in.

Cream of tartar is optional, but I highly recommend it. This ingredient will make sure it forms a stiff whipped texture in way less time than without it. It also acts as a stabilizer to let the whipped cream keep its firm texture.

The Green Creator is a participant in the Amazon Services LLC Associates Program, an affiliate advertising program. 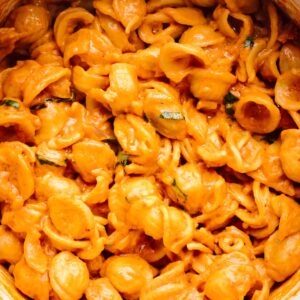 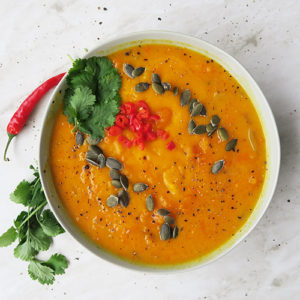 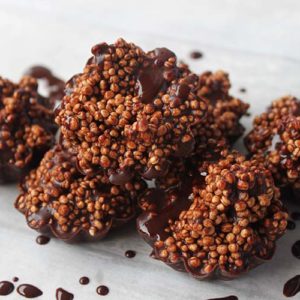