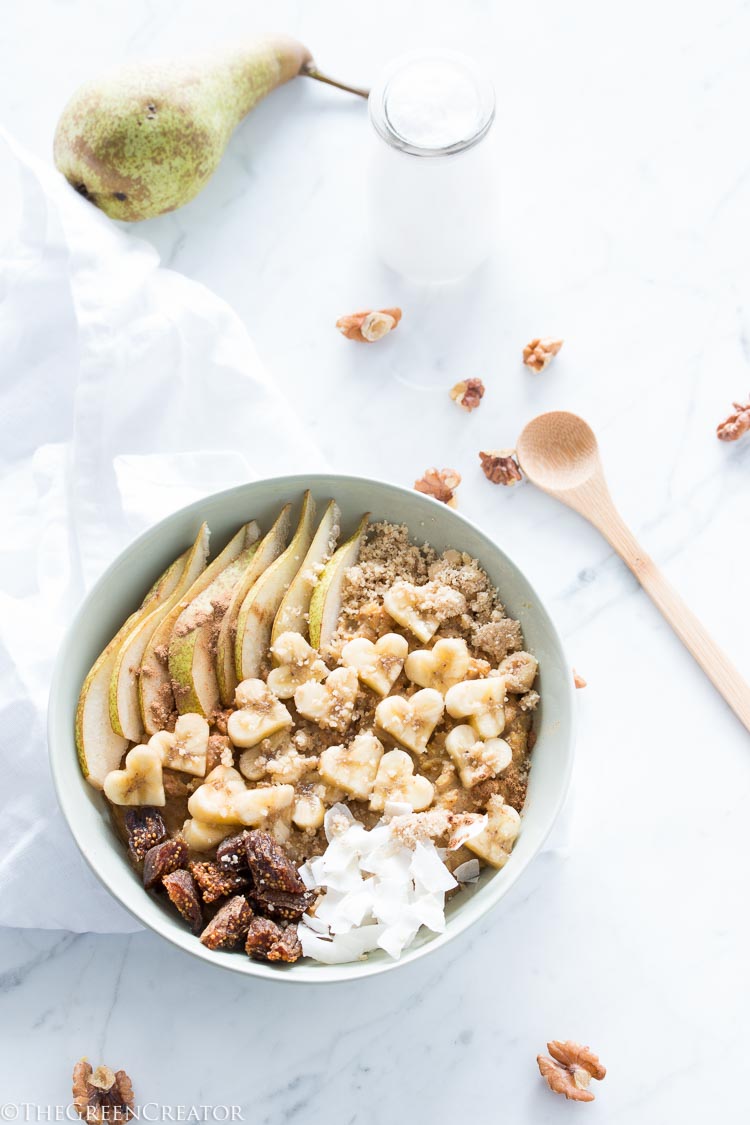 One of the most amazing things about our body is that it can indicate what it needs. I have periods of time that I could drink all the juices and smoothies in the world, then I have some weeks I crave salads more, then I will have a bean period and now I’m in my oatmeal phase. I love to experiment with new recipes to make my oatmeal porridge an everyday treat. When it comes to oatmeal my favorite way to prepare this is to add fruit. Pears, frozen berries, mangos, kiwi’s, apples and bananas are just a few of my faves. This pumpkin spice oatmeal with ground walnuts is a recent favorite porridge that I just had to share with you. Pear, pumpkin spice and ground walnuts really make a delicious combination. 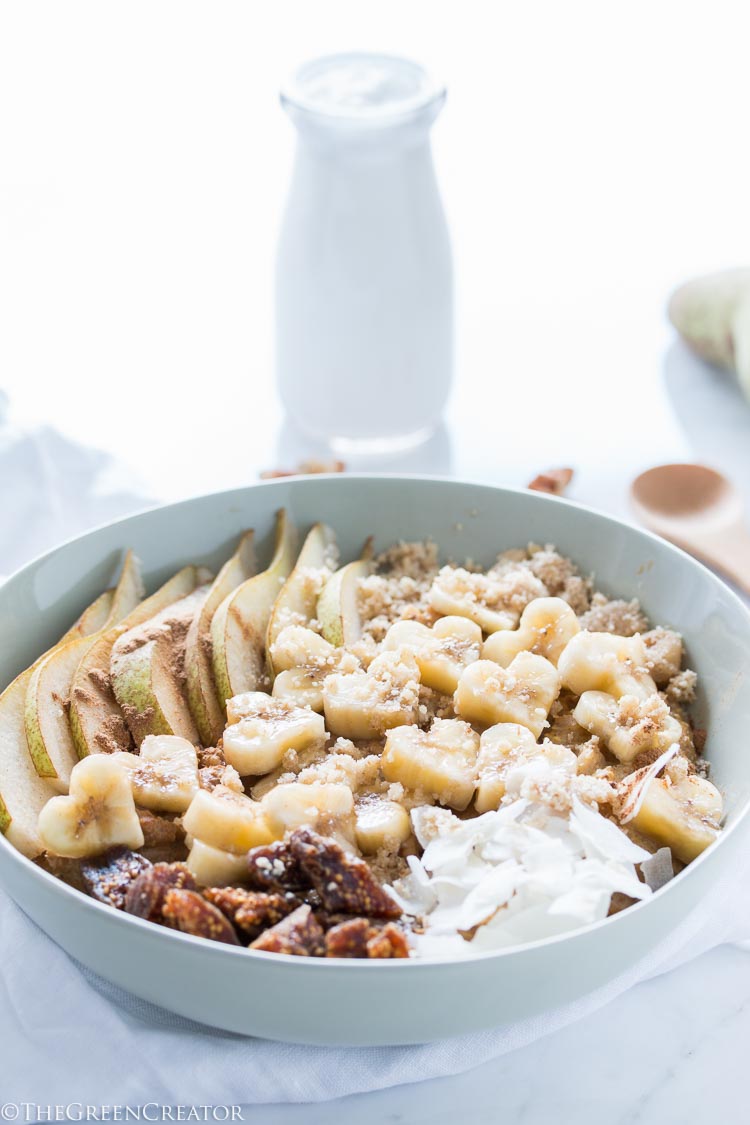 I don’t enjoy eating walnuts that much. But ground walnuts? YES! There is something about ground walnuts. Almost as if the flavor changes. I love it and remember my mom used to sprinkle ground walnuts over my pancakes when I was a kid. #nostalgia

PS. How cute are these heart shaped banana pieces? Oh my! 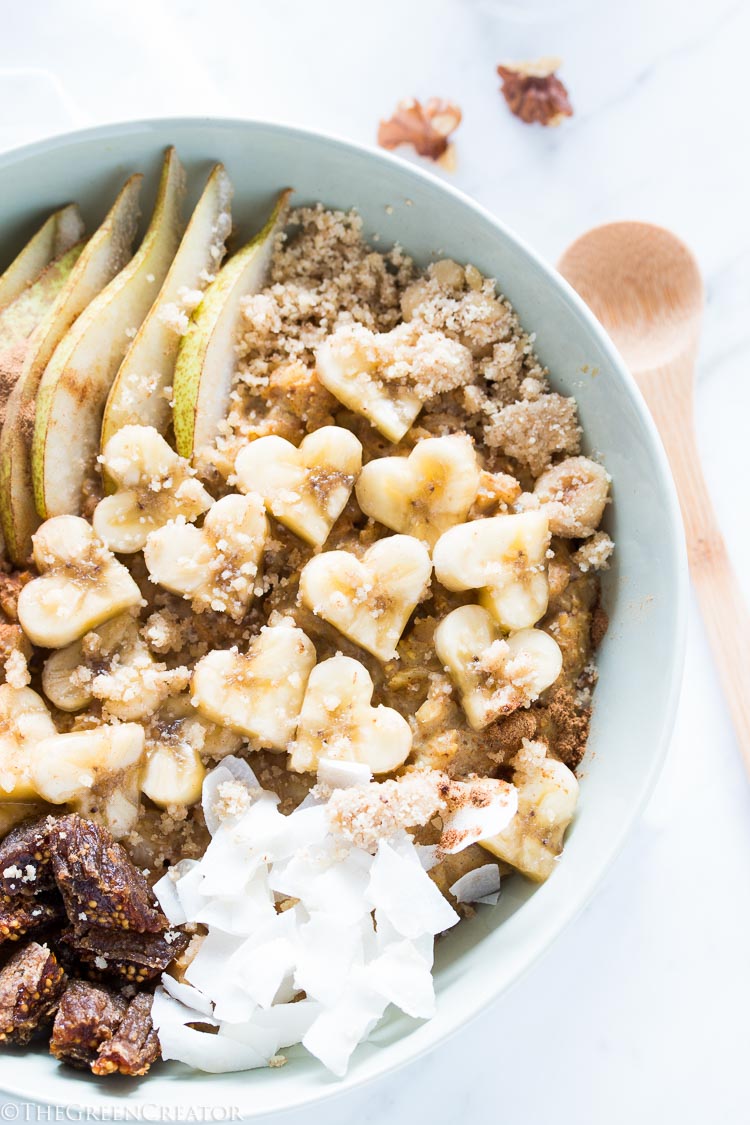 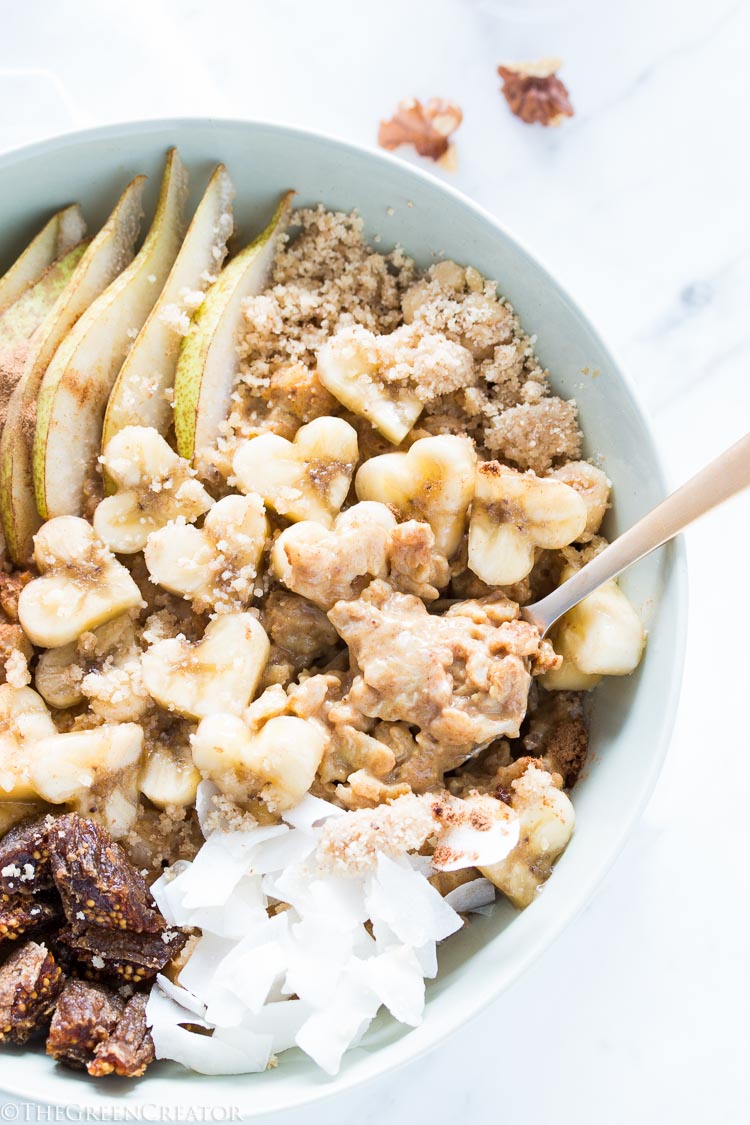 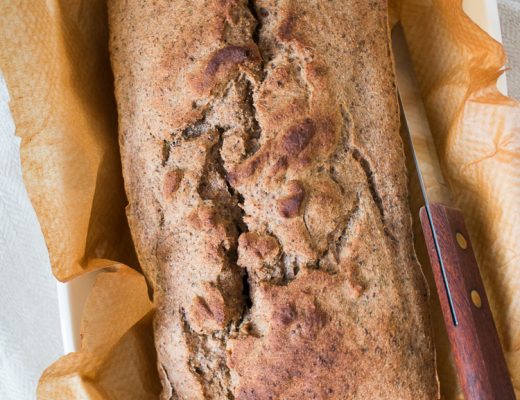 The Easiest Buckwheat Bread (gluten-free and no yeast) 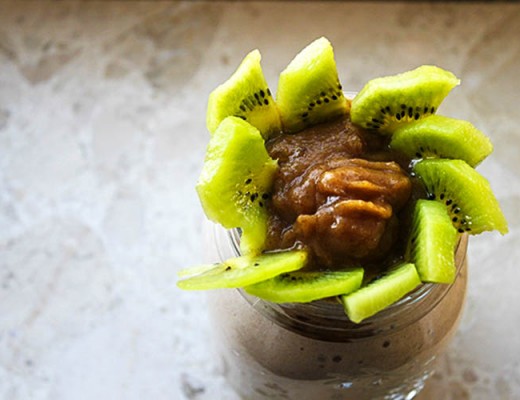 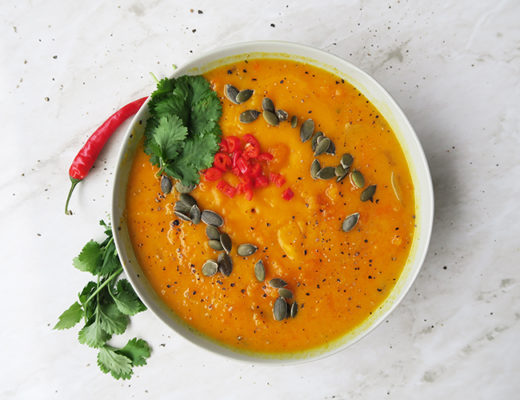 Can the ‘’Miracle Morning’’ change your life?

Not that long ago the Dutch version of the ‘‘Miracle Morning’’ was published and since I promised myself to read...